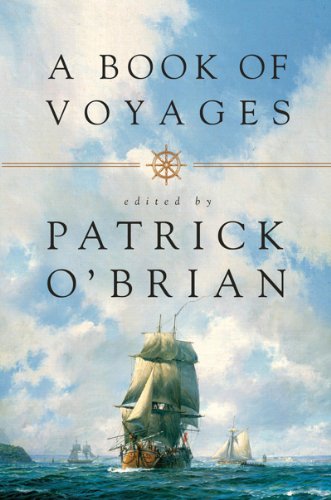 A Book of Voyages
by Patrick O'Brian

A Book of Voyages Summary

A Book of Voyages by Patrick O'Brian

Never previously published in this country, A Book of Voyages presents writings by various travelers, annotated and introduced by Patrick O'Brian. Most are taken from the seventeenth and eighteenth centuries; O'Brian felt that, unlike Elizabethan or Victorian accounts, these writings were relatively unknown in our time.

On her journey through the Crimea, Lady Craven witnesses barbaric entertainments in the court of the Tartar Khan. John Bell tells us of his day's hunting with the Manchu emperor in 1721 outside Peking. An English woman in Madras gives us a detailed description of the extraordinary costume and body decoration of a high-born Indian woman, wife of a nabob.

These and other selections are glimpses of a world, now gone forever, that few readers would ever see for themselves. They are also quite possibly the inspiration for the travels and adventures of O'Brian's own fictional heroes Captain Jack Aubrey and Stephen Maturin.

Customer Reviews - A Book of Voyages

A Book of Voyages Reviews

"This isn't like any other travel anthology: it is the miraculously provided answer to the now unaskable question, 'Mr. O'Brian, what are you reading?' And what he was reading wasn't boring. Here is both a glimpse into a vanished era and a complex and, alas, equally vanished mind." -- Richard Snow

GOR008939995
A Book of Voyages by Patrick O'Brian
Patrick O'Brian
Used - Very Good
Hardback
WW Norton & Co
2013-06-28
336
0393089584
9780393089585
N/A
Book picture is for illustrative purposes only, actual binding, cover or edition may vary.
This is a used book - there is no escaping the fact it has been read by someone else and it will show signs of wear and previous use. Overall we expect it to be in very good condition, but if you are not entirely satisfied please get in touch with us.