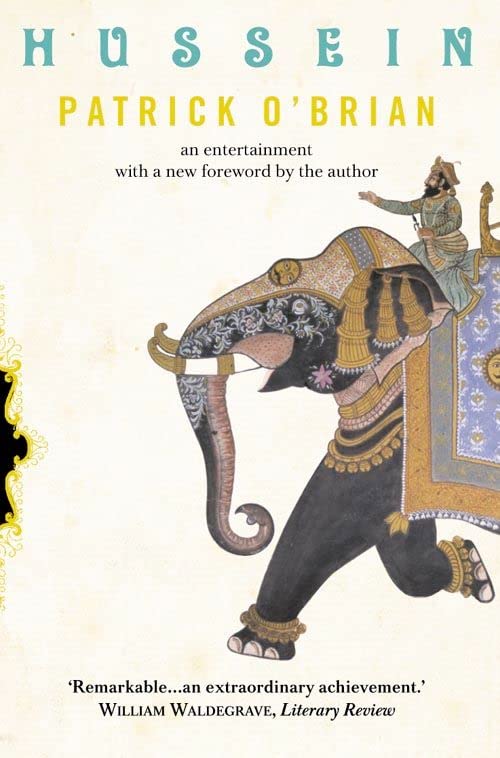 A glittering adventure set in India at the height of the British Raj. The New York Times compared Patrick O'Brian's early novel to Kipling's Kim and called it "a gorgeous entertainment."

A glittering adventure set in India at the height of the British Raj. The New York Times compared Patrick O'Brian's early novel to Kipling's Kim and called it "a gorgeous entertainment."

Published when he was in his early twenties, Patrick O'Brian writes of Hussein: "In the writing of the book I learnt the rudiments of my calling: but more than that, it opened a well of joy that has not yet run dry." Hussein is a young mahout-or elephant handler-who falls in love with a beautiful and elusive girl, Sashiya, and arranges for another of her suitors to be murdered with a fakir's curse. The dead man's relatives vow vengeance. Hussein escapes and his adventures begin: snake-charming, sword-fighting, spying, stealing a fortune, and returning triumphantly to claim his bride.

All of this is set against an evocatively exotic India, full of bazaars, temples, and beautiful women- despite the fact that O'Brian had never been to the East when he wrote the story.

`There is not a page that does not reek of India: the dust, the smell of street and jungle, the rumble of an elephant's stomach are all here - astounding, precise evocations of a place O'Brian did not know.'
Martin Booth, Daily Telegraph

`Hussein has it all: the immersion in another world, full of local colour, the delight in a specialised vocabulary, the relish of male camaraderie, travel, treasure and fighting.'
David Sexton, Evening Standard

GOR000584446
Hussein by Patrick O'Brian
Patrick O'Brian
Used - Very Good
Paperback
HarperCollins Publishers
2001-04-17
320
0006513727
9780006513728
N/A
Book picture is for illustrative purposes only, actual binding, cover or edition may vary.
This is a used book - there is no escaping the fact it has been read by someone else and it will show signs of wear and previous use. Overall we expect it to be in very good condition, but if you are not entirely satisfied please get in touch with us.