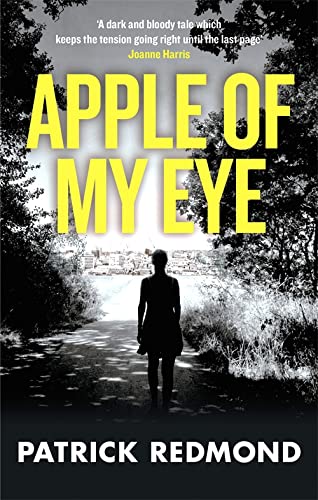 Apple of My Eye
by Patrick Redmond

Out of Stock
$14.99
inc. GST
Patrick Redmond is an internationally bestselling author of taut and terrifying psychological thrillers.
Very Good
Only 0 left

Apple of My Eye Summary

Apple of My Eye by Patrick Redmond

Ronnie Sidney is a perfect child. The illegitimate son of a wartime romance, he gives his mother the unconditional love she so craves. In his mother's eyes Ronnie is faultless: a ray of sunshine in her grey life. But as cracks begin to creep into Ronnie's facade of youthful charm, a very different character starts to emerge.

For Susan Ramsey, life is easy. Cherished by her parents, she knows nothing of hardship or misery. Until a sudden tragedy thrusts her into a dark and disturbing world.

When Susan and Ronnie meet, the attraction is instant. Each recognises in the other a long-awaited soul mate. Finally, Ronnie feels able to remove his mask of perfection - with consequences more dreadful than either could possibly have foreseen . . .

With its compelling exploration of psychological power games and emotional violence, Apple of My Eye is the mesmerising third novel from the bestselling author of The Wishing Game and The Puppet Show.

Apple of My Eye Reviews

A dark and bloody tale which keeps the tension going right until the last page . . . A superb, intelligent read * Joanne Harris *
A compelling novel that draws you deep into the world of children at the mercy of the dangerous adults. Disturbing and gripping * Natasha Cooper *
An intense, gripping read * Heat *
His style is strictly no frills - simple, sparse and straightforward . . . but he does have a way of making you gag to know what happens next * Daily Mirror *
His principal gift is an effortless grasp of narrative texture, and multiple levels of sympathetic insight into his brilliantly drawn characters * Crime Time *

Patrick Redmond was born in Essex in 1966. After attending school in Essex and the Channel Islands he completed a Law degree at Leicester University and then a Masters at University of British Columbia in Vancouver. He spent ten years working in the City of London specialising in Commercial and EU law, before leaving to become a full time writer.

His first novel, The Wishing Game, hit the bestseller lists in the UK, Germany and Italy. He has published three novels since, which together have been translated into fifteen languages. His latest novel, The Replacement, is due out later this year. Patrick now lives in West London.

GOR007130734
Apple of My Eye by Patrick Redmond
Patrick Redmond
Used - Very Good
Paperback
Little, Brown Book Group
2015-09-17
448
0751561800
9780751561807
N/A
Book picture is for illustrative purposes only, actual binding, cover or edition may vary.
This is a used book - there is no escaping the fact it has been read by someone else and it will show signs of wear and previous use. Overall we expect it to be in very good condition, but if you are not entirely satisfied please get in touch with us.