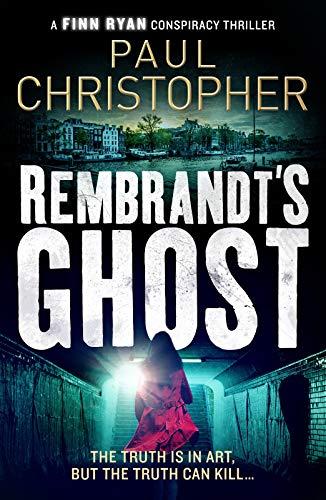 A lost masterpiece. A fortune beyond belief. A race to survive.

For archaeologist Finn Ryan luck comes in the form of an unlikely legacy from a man she never knew. Along with her co-heir, Billy Pilgrim, she inherits a house in Amsterdam, a cargo ship off Borneo and what appears to be a fake Rembrandt.

But behind its canvas lies a real Rembrandt portrait, which in turn conceals a clue to a centuries-old mystery at the bottom of the South Pacific. Pursued by ruthless adversaries, Finn and Billy are thrown into the hunt for a forgotten treasure that could change their lives forever... or end them in an instant.

It doesn't take them long to realise that they've found one piece of a much larger puzzle - and a trail of clues that could get them killed.

Paul Christopher is the pseudonym of a bestselling US novelist who lives in the Great Lakes region. He is also the author of The Secret of the Templars series.

GOR010501163
Rembrandt's Ghost by Paul Christopher
Paul Christopher
The Finn Ryan Conspiracy Thrillers
Used - Very Good
Paperback
Canelo
2019-10-10
304
1788635434
9781788635431
N/A
Book picture is for illustrative purposes only, actual binding, cover or edition may vary.
This is a used book - there is no escaping the fact it has been read by someone else and it will show signs of wear and previous use. Overall we expect it to be in very good condition, but if you are not entirely satisfied please get in touch with us.