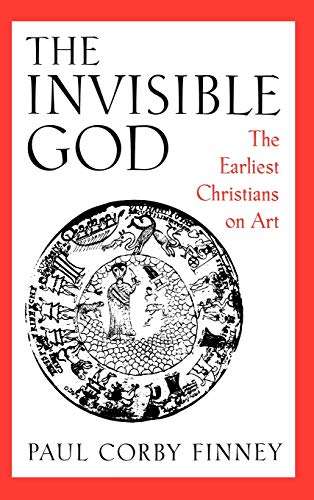 Used Price
$62.99
inc. GST
Free Shipping in Australia
This treatise refutes the assumption that early Christians were opposed in principle to visual images and thus did not produce art. It shows that once Christians acquired legal status and were able to own property and places of worship, they started to produce art as decoration.
Very Good

This is a study of early Christian (first three centuries C. E.) attitudes toward art. The traditional view is that the early Christians produced no art because they were opposed in principle to visual images. When Christian art finally does appear, it has been considered a popular development and a decline from earlier, more austere spiritual values. Corby Finney here refutes these traditional understandings, through a close examination of the archaeological and literary evidence in its cultural and social context. He finds that it was primarily the Christian belief in the invisibility of God that inhibited the production of images, rather than opposition to images as such. A contributory factor, he believes was the relative invisibility of the Christians themselves within Roman society. Christina art "came out" chiefly when the Christian acquired a legal status and the capacity to own property and to build (and hence to decorate) places of worship. Before this, says Finney, very little differentiated the Christians from society at large, and certainly not outward signs. When they did use decorated material objects (seals and lamps) they drew on symbols already in use. Offering an important corrective to prevailing views about early Christianity, this study will be of great importance not only to scholars and students of Christian theology and history, but to art historians as well.

Well-documented scholarly monograph. * Religious Studies Review *
a monograph which is scholarly to an extreme, not only mastering all the primary texts but also surveying with exemplary elegance the conclusions and discussions of more than a hundred years of scholarship in German, French, English and Italian. Indeed, Finney is at his best when unpicking the unwarranted assumptions made by the historiography of the field. * John Elsner, University of London, Ecclesiastical History, Volume 46, No. 4 - Oct 1995 *
Some of the author's best discussions are those to be found within the general framework. He is an authority on early Christian lamps ... Likewise on the vexed question of the San Sebastiano site and its development there is a clear and helpful discussion. The learning displayed throughout is immense, and the organization of such a vast amount of material is achieved without sacrificing the clarity of structure which makes the book easy to read. It integrates the results of recent work in an impressive manner, mostly in the form of notes ... an interesting and informative book. * Mary Charles Murray, Journal of Theological Studies, Vol. 48, No. 1 Apr '97 *