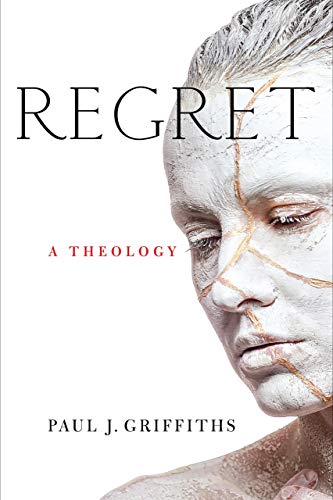 In this brilliant theological essay, Paul J. Griffiths takes the reader through all the stages of regret.

To various degrees, all human beings experience regret. In this concise theological grammar, Paul J. Griffiths analyzes this attitude toward the past and distinguishes its various kinds. He examines attitudes encapsulated in the phrase, "I would it were otherwise," including regret, contrition, remorse, compunction, lament, and repentance. By using literature (especially poetry) and Christian theology, Griffiths shows both what is good about regret and what can be destructive about it. Griffiths argues that on the one hand regret can take the form of remorse-an agony produced by obsessive and ceaseless examination of the errors, sins, and omissions of the past. This kind of regret accomplishes nothing and produces only pain. On the other hand, when regret is coupled with contrition and genuine sorrow for past errors, it has the capacity both to transfigure the past-which is never merely past-and to open the future. Moreover, in thinking about the phenomenon of regret in the context of Christian theology, Griffiths focuses especially on the notion of the LORD's regret. Is it even reasonable to claim that the LORD regrets? Griffiths shows not only that it is but also that the LORD's regret should structure how we regret as human beings.

Griffiths investigates the work of Henry James, Emily Dickinson, Tomas Transtroemer, Paul Celan, Jane Austen, George Herbert, and Robert Frost to show how regret is not a negative feature of human life but rather is essential for human flourishing and ultimately is to be patterned on the LORD's regret. Regret: A Theology will be of interest to scholars and students of philosophy, theology, and literature, as well as to literate readers who want to understand the phenomenon of regret more deeply.

"Paul Griffiths's Regret is very well written, and composed in a highly readable style. It is a brilliant piece of analytic phenomenology, taking the reader through all the stages of regret. The discussions about the permanent residue of the regrettable are brilliant, and Griffiths's fine analytic thinking cannot be too highly praised." -Francesca Aran Murphy, author of God Is Not a Story

"Griffiths's book is a theological reflection upon regret-a concentrated meditation upon the theological meaning of the desire that things might have been otherwise. It is both brilliant and wonderfully idiosyncratic, as is the case with all of Griffiths's writings." -David Bentley Hart, author of Theological Territories