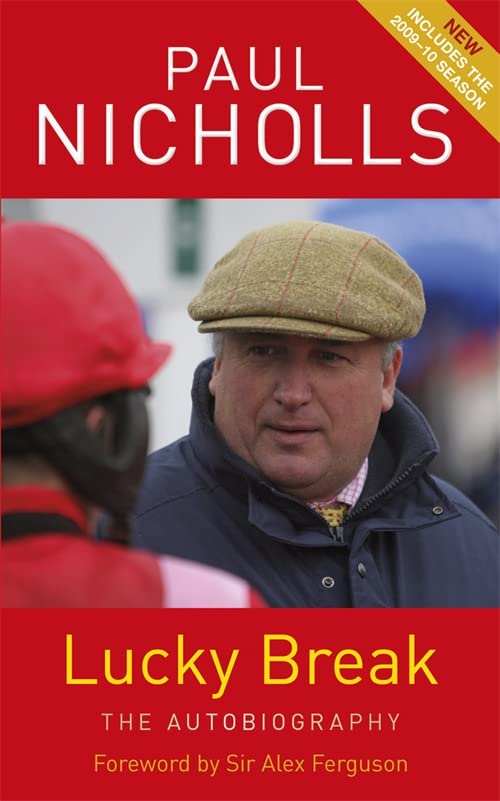 Paul Nicholls is the former jockey who began training in 1991. Gradually he built up a reputation as one of the most astute and successful trainers in the business, with a special knack for getting it right on the big occasions. His depth of resources meant that on a unique occasion at Wincanton in January 2006, he became the first trainer ever to have six winners on a card. But it is for his role as the trainer of horses such as See More Business, Kauto Star and Denman, all of them Cheltenham Gold Cup winners, that he is best known.

In this revealing and honest memoir, Champion Trainer Nicholls explains how he got to the top of his sport, and provides a fascinating insight into his methods and to the horses, jockeys and owners that have helped him achieve so much. Packed with insider stories that all race fans will love, and a foreword from Sir Alex Ferguson, this is without doubt the essential racing book for 2011.

Paul Nicholls is the UK's most successful National Hunt trainer, winning the Cheltenham Gold Cup on four occasions, so far. He has been Champion Trainer for five consecutive seasons from 2005 to 2009/10.

GOR002578506
Lucky Break by Paul Nicholls
Paul Nicholls
Used - Very Good
Paperback
Orion Publishing Co
2011-02-17
320
1409102726
9781409102724
Short-listed for British Sports Book Awards: Autobiography 2010
Book picture is for illustrative purposes only, actual binding, cover or edition may vary.
This is a used book - there is no escaping the fact it has been read by someone else and it will show signs of wear and previous use. Overall we expect it to be in very good condition, but if you are not entirely satisfied please get in touch with us.