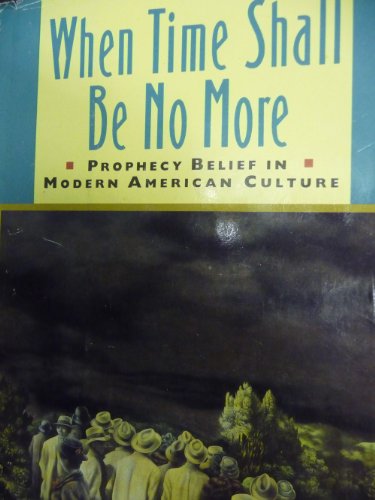 When Time Shall be No More
by Paul S. Boyer

Out of Stock
$30.99
inc. GST
An examination of the ways in which prophecy belief shapes American thought and culture. Beginning in antiquity, Boyer seeks the origins of belief in biblical prophecy in Jewish and Christian apocalyptic writings, then traces its development and considers its effect on 20th-century events.
Good
Only 0 left

When Time Shall be No More Summary

When Time Shall be No More: Prophecy Belief in Modern American Culture by Paul S. Boyer

Millions of Americans take the Bible at its word and turn to like-minded local ministers and TV preachers, periodicals and paperbacks for help in finding their place in God's prophetic plan for mankind. "When time shall be no more" offers a look at the subtle, pervasive ways in which prophecy belief shapes contemporary American thought and culture. Belief in prophecy dates back to antiquity, and there Paul Boyer begins, seeking out the origins of this particular brand of faith in early Jewish and Christian apocalyptic writings, then tracing its development over time. Against this broad historical overview, the effect of prophecy belief on the events and themes of recent decades emerges. Nuclear war, the Soviet Union, Israel and the Middle East, the destiny of the United States, the rise of a computerized global economic order - Boyer shows how impressive feats of exegesis have incorporated all of these in the popular imagination in terms of the Bible's apocalyptic works. Reflecting finally on the tenacity of prophecy belief in our supposedly secular age, Boyer considers the direction such popular conviction might take - and the forms it might assume - in the post-Cold War era.

When Time Shall be No More Reviews

Splendid... [A] compelling cultural history.
Splendid... A compelling cultural history. -- L. S. Klepp "Village Voice Literary Supplement"
Paul Boyer traces the roots and branches of the rich, strange complex of biblical exegesis and twisted journalism that he calls 'prophecy belief.' "When Time Shall Be No More" exhaustively describes a strange species of rabid predictions of the wrath to come. -- Anthony Grafton "New Republic"
A splendid, rigorously documented treatise, as up to date as the morning newspaper...No book provides more comprehensive information about the awesome degree to which Biblical literalism and prophetic fervor have invaded the hearts and minds of Americans, rich and poor, educated and ignorant... Those who read the book can laugh and weep. -- Martin Gardner "Washington Post Book World"

GOR005936124
When Time Shall be No More: Prophecy Belief in Modern American Culture by Paul S. Boyer
Paul S. Boyer
Studies in Cultural History
Used - Good
Hardback
Harvard University Press
1992-10-01
484
067495128X
9780674951280
N/A
Book picture is for illustrative purposes only, actual binding, cover or edition may vary.
The book has been read but remains in clean condition. All pages are intact and the cover is intact. Some minor wear to the spine.