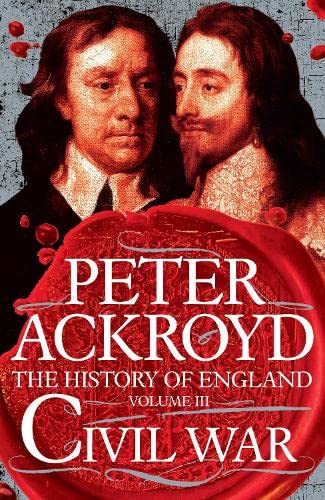 The third volume of Peter Ackroyd's magisterial six-part History of England, taking readers from the accession of the first Stuart king, James I, to the overthrow of his grandson, James II

In Civil War, Peter Ackroyd continues his dazzling account of England's history, beginning with the progress south of the Scottish king, James VI, who on the death of Elizabeth I became the first Stuart king of England, and ends with the deposition and flight into exile of his grandson, James II. The Stuart dynasty brought together the two nations of England and Scotland into one realm, albeit a realm still marked by political divisions that echo to this day. More importantly, perhaps, the Stuart era was marked by the cruel depredations of civil war, and the killing of a king.

Ackroyd paints a vivid portrait of James I and his heirs. Shrewd and opinionated, the new King was eloquent on matters as diverse as theology, witchcraft and the abuses of tobacco, but his attitude to the English parliament sowed the seeds of the division that would split the country in the reign of his hapless heir, Charles I. Ackroyd offers a brilliant - warts and all - portrayal of Charles's nemesis Oliver Cromwell, Parliament's great military leader and England's only dictator, who began his career as a political liberator but ended it as much of a despot as 'that man of blood', the king he executed.

England's turbulent seventeenth century is vividly laid out before us, but so too is the cultural and social life of the period, notable for its extraordinarily rich literature, including Shakespeare's late masterpieces, Jacobean tragedy, the poetry of John Donne and Milton and Thomas Hobbes' great philosophical treatise, Leviathan. Civil War also gives us a very real sense of the lives of ordinary English men and women, lived out against a backdrop of constant disruption and uncertainty.

Peter Ackroyd is an award-winning novelist, as well as a broadcaster, biographer, poet and historian. He is the author of the acclaimed non-fiction bestsellers, Thames: Sacred River and London: The Biography. He holds a CBE for services to literature and lives in London.
GOR006172535
9780230706415
023070641X
Civil War: The History of England Volume III by Peter Ackroyd
Peter Ackroyd
The History of England
Used - Very Good
Hardback
Pan Macmillan
2014-09-25
512
N/A
Book picture is for illustrative purposes only, actual binding, cover or edition may vary.
This is a used book - there is no escaping the fact it has been read by someone else and it will show signs of wear and previous use. Overall we expect it to be in very good condition, but if you are not entirely satisfied please get in touch with us
Trustpilot