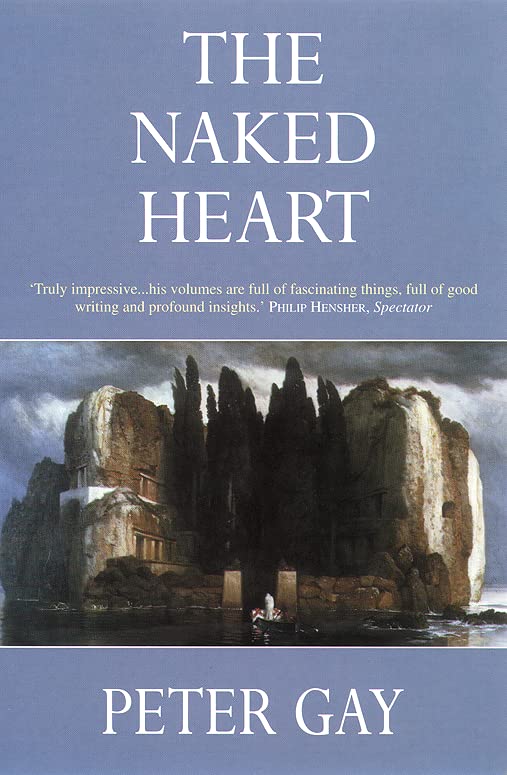 The Naked Heart by Peter Gay

Volume IV of The Bourgeois Experience: Victoria to Freud: `One of the major historical enterprises of the decade' - New York Review of Books

The Naked Heart by Peter Gay

Volume IV of The Bourgeois Experience: Victoria to Freud: `One of the major historical enterprises of the decade' - New York Review of Books

Peter Gay's epic multi-volume history of the ninteenth century - The Bougeois Experience is, unquestionably, one of the great achievements in the modern writing of history. By focusing on the lives, institutions, attitudes, tastes, goals and passions of the West's middle classes, Gay has revolutionised our thinking about the ninteenth century as a whole and, in particular, about the social group that was its dymano - the middle class. In this magnificent and acclaimed work, the world's Victorians are laid bare.

The nineteenth century was intensely preoccupied with the self, to the point of neurosis. During the very decades of the most sustained campaign for the mastery of the world ever undertaken, the bourgeois devoted much time - and perhaps, even more, anxious time - to introspection. This book, fourth in a series of five, deals with the inner life and charts this struggle for inwardness. `The secret life of the self,' writes Peter Gay, `had grown into a favourite and wholly serious indoor sport.'

Illustrious Victorian names tumble over one another. Philosophers from Hegel to Nietzsche; psychologists like Wundt and Charcot; and, of course, Marx and Freud. But it is the ordinary bougeois that occupy centre stage here - the readers of biographies, histories and novels rather than their authors - as they encounter open or secret support for their desires, or no less open or secret resistance to them. As with all Gay's books, this is a sparkling portrait of an age - informative, penetrating, and a work that will be widely read, debated and re-read.

`Wide-ranging and highly stimulating... No historian of the nineteenth century on either side of the Atlantic can ignore it.'
Asa Briggs

`Gay's survey of social attitudes in the nineteenth century is a massively successful enterprise. He is immensely well read, and he has a gift for making coherent sense out of a great mass of material. His style makes his work a pleasure to read.'
Anthony Storr, Literary Review

Peter Gay is Sterling Professor of History at Yale University. In addition to the Bourgeois Experience series, he is the author of a two-volume study of the Enlightenment of which the first, The Rise of Modern Paganism, won a National Book Award. His bestselling Freud: A Life for Our Time, like his early Style in History, was a National Book Award finalist.

GOR003758986
9780006863687
000686368X
The Naked Heart by Peter Gay
Peter Gay
Used - Very Good
Paperback
HarperCollins Publishers
1998-06-15
480
N/A
Book picture is for illustrative purposes only, actual binding, cover or edition may vary.
This is a used book - there is no escaping the fact it has been read by someone else and it will show signs of wear and previous use. Overall we expect it to be in very good condition, but if you are not entirely satisfied please get in touch with us
Trustpilot