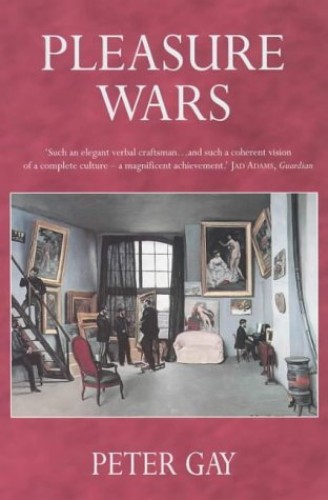 Peter Gay's inquiry into the ideas and sensibilities dominating nineteenth- century culture is one of the great achievements of modern historical writing. This is the fifth and final volume, now published in paperback for the first time.

Peter Gay's inquiry into the ideas and sensibilities dominating nineteenth- century culture is one of the great achievements of modern historical writing. This is the fifth and final volume, now published in paperback for the first time.

Peter Gay's The Bourgeois Experience: Victoria to Freud has revolutionized our thinking about the nineteenth century as a whole and particularly about its dynamo - the middle classes. Gay's achievement is to summarize the interior life, the mentality of the nineteenth century. In uncovering the roots of modernism, he shows us a hidden side of the Victorian era.

The Victorians we meet in this volume are not the stodgy, complacent characters of drawing room comedy. They are instead a varied crowd, from the capitalists in the top tier of the bourgeoisie eager to be recognized as gentlemen or, better yet, dubbed as nobility, to those at the bottom of the pile, the clerks and craftsmen mortally afraid of sinking into the mass of the proletariat. What they share is an anxiety, driven by their concern to advance up the social pyramid or at least to maintain the status they have achieved.

The stage is thus set for the explosion of modernism accompanied by an inevitable reaction against the subversive avant-garde of artists, composers, and writers as varied as Cezanne, Picasso, Stravinsky, Shaw, Ibsen, and Zola. No one reading this concluding volume of Peter Gay's magnificent re-evaluation of the nineteenth century will ever again use the term `Victorian' as a synonym for dull.

`Such is Mr Gay's breadth of learning that at times it seems impossible to believe that a single person could know so much and in such detail... With the aid of Freud, the nineteenth-century conflicts between instinct and civilization are here as fully examined as anybody could wish.'
Frank Kermode, New York Times Book Review

Peter Gay is Sterling Professor of History Emeritus at Yale University. In addition to the Bourgeois Experience series, he is the author of the best-selling Freud: A Life for Our Time, and a two-volume study of the Enlightenment, of which the first, The Rise of Modern Paganism, won a National Book Award. He lives in Hamden, Connecticut.

`Peter Gay has created a symphony; or better, a symphonic cycle. The Bourgeois Experience is a historical masterpiece, a triumph of energy, craft, judgement and style.' George Scialabba, Boston Sunday Globe

GOR002684023
9780006863694
0006863698
Pleasure Wars by Peter Gay
Peter Gay
Used - Very Good
Paperback
HarperCollins Publishers
1999-04-06
N/A
Book picture is for illustrative purposes only, actual binding, cover or edition may vary.
This is a used book - there is no escaping the fact it has been read by someone else and it will show signs of wear and previous use. Overall we expect it to be in very good condition, but if you are not entirely satisfied please get in touch with us
Trustpilot