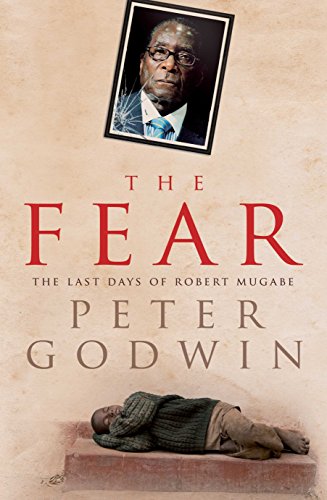 The Fear
by Peter Godwin

The Fear: The Last Days of Robert Mugabe by Peter Godwin

In mid-2008, after thirty years of increasingly tyrannical rule, Robert Mugabe, the eighty-four-year-old ruler of Zimbabwe, met his politburo. He had just lost an election. But instead of conceding power, he was persuaded to launch a brutal campaign of terror to cower his citizens. Journalist and author Peter Godwin was one of the few observers to slip into the country and bear witness to the terrifying period that Zimbabweans call, simply, the Fear.

Following on from his compelling and moving memoirs, Mukiwa and When a Crocodile Eats the Sun, this is a personal journey through the country Peter Godwin grew up in and knows so well - a landscape and a people, grotesquely altered, laid waste by a raging despot.

At considerable risk, he travels widely to see the torture bases, the burned villages, the death squads, the opposition leaders in hiding, the last white farmers, the churchmen and the diplomats putting their own lives on the line to stop the carnage.

Told with Godwin's brilliant eye for character and natural story-telling gifts, this dark story of Africa's corruption and violence is populated by extraordinary characters whose lives have been shaped by the Fear.

Peter Godwin is an award-winning author and journalist. Born and raised in Zimbabwe, after military service he studied law at Cambridge University and international relations and African history at Oxford. He was a foreign correspondent for the Sunday Times and a founding presenter and writer of Assignment/Correspondent, BBC television's premier foreign affairs programme. Mukiwa was an international bestseller and winner of the George Orwell Prize for political writing and the Esquire-Apple-Waterstone's Non-Fiction Award. When a Crocodile Eats the Sun, about his return to Zimbabwe as it began to collapse into chaos, and The Fear: The Last Days Of Robert Mugabe are also published by Picador. He lives in New York.

GOR002925533
The Fear: The Last Days of Robert Mugabe by Peter Godwin
Peter Godwin
Used - Very Good
Hardback
Pan Macmillan
2010-10-01
368
0330507761
9780330507769
N/A
Book picture is for illustrative purposes only, actual binding, cover or edition may vary.
This is a used book - there is no escaping the fact it has been read by someone else and it will show signs of wear and previous use. Overall we expect it to be in very good condition, but if you are not entirely satisfied please get in touch with us.