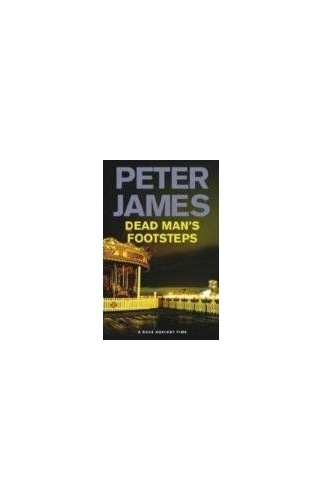 'Abby stepped in the lift and the doors closed with a sound like a shovel smoothing gravel. She breathed in the smell of someone else's perfume, and lemon-scented cleaning fluid. The lift jerked upwards a few inches. And now, too late to change her mind and get out, with the metal walls pressing in around her, they lunged sharply downwards. Abby was about to realize she had just made the worst mistake of her life . . .'

Amid the tragic unfolding mayhem of the morning of 911, failed Brighton never-do-well Ronnie Wilson sees the chance of a lifetime, to disappear and reinvent himself in another country. Five years later the discovery of the skeletal remains of a woman's body in a storm drain in Brighton, leads Detective Superintendent Roy Grace on an enquiry spanning the globe, and into a desperate race against time to save the life of a woman being hunted down like an animal in the streets and alleys of Brighton.

Acclaim for NOT DEAD ENOUGH: 'Another smashing thriller from the UK's most respected crime writer' Daily Mirror

Peter James is the international bestselling author of many award-winning novels. His Detective Superintendent Roy Grace series, set in Brighton, has been translated into thirty-seven languages with worldwide sales of over nineteen million copies, and has given him twelve Sunday Times number ones. In 2015 WHSmith customers publicly voted him the Greatest Crime Author of All Time and in 2016 he became the recipient of the coveted CWA Diamond Dagger lifetime achievement award for sustained excellence. Peter has also written a short story collection, A Twist of the Knife, and his standalone titles include Perfect People and The House on Cold Hill. He has also co-written a non-fiction account of Brighton's toughest cases with former detective Graham Bartlett entitled Death Comes Knocking. The Perfect Murder, Dead Simple and Not Dead Enough have all been turned into smash-hit stage plays. All his novels reflect his deep interest in the world of the police. Three of his novels have been filmed and before becoming a full-time author he produced numerous films, including The Merchant of Venice, starring Al Pacino and Jeremy Irons.

GOR001055795
Dead Man's Footsteps by Peter James
Peter James
Used - Very Good
Paperback
Pan Macmillan
2008-06-06
480
0230703771
9780230703773
N/A
Book picture is for illustrative purposes only, actual binding, cover or edition may vary.
This is a used book - there is no escaping the fact it has been read by someone else and it will show signs of wear and previous use. Overall we expect it to be in very good condition, but if you are not entirely satisfied please get in touch with us.