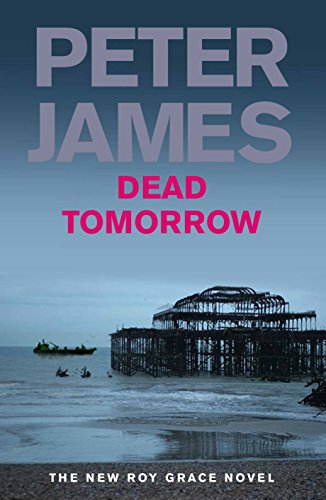 Out of Stock
$22.49
inc. GST
Reissue of Peter James' fantastic crime thriller
Like New
Only 0 left

IN AN EVIL WORLD, EVERYTHING IS FOR SALE...

The body of a missing teenager is dredged from the seabed off the Sussex coast, missing vital organs. Soon after, a further two more bodies are found . . .

Caitlin Beckett, a fifteen-year-old in Brighton will die if she does not receive an urgent transplant. When the health system threatens to let her down her mother takes drastic action and goes to an online broker in black-market organs. The broker can provide what she wants, but it will come at a price.

As Superintendent Roy Grace investigates the recovered bodies, he unearths the trail of a gang of child traffickers operating from Eastern Europe. Soon Grace and his team will find themselves in a race against time to save the life of a young street kid, while a desperate mother will stop at nothing to save her daughter's life . . .

`Another of James' sophisticated, complicated and well-informed snap-shots of the Brighton police at work...His research is obviously careful. It's well worth the effort, as the result is a superior thriller' Literary Review

GOR010318003
Dead Tomorrow by Peter James
Peter James
Used - Like New
Paperback
Pan Macmillan
2011-10-07
672
033054599X
9780330545990
N/A
Book picture is for illustrative purposes only, actual binding, cover or edition may vary.
The book has been read, but looks new. The book cover has no visible wear, and the dust jacket is included if applicable. No missing or damaged pages, no tears, possible very minimal creasing, no underlining or highlighting of text, and no writing in the margins.