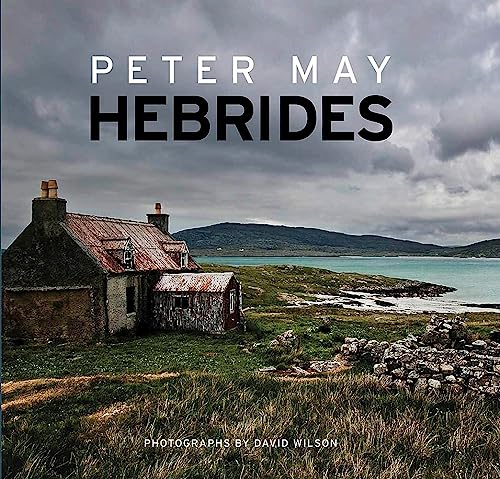 Hebrides
by Peter May

Out of Stock
$38.99
inc. GST
The perfect companion to Peter May's million-selling Lewis trilogy, and a photographic journey through the Hebridean Islands
Like New
Only 0 left

Hebrides by Peter May

THE PERFECT COMPANION TO PETER MAY'S LEWIS TRILOGY, AND A PHOTOGRAPHIC JOURNEY THROUGH THE HEBRIDEAN ISLANDS.

The landscape of the Outer Hebrides, with its stark cliffs, ghostly mists and lonely beaches, has become a definitive character of Peter May's Lewis trilogy. In Hebrides, readers will accompany him on an odyssey in prose and images, through a history of the Vikings' 'Long Island' and his own deep personal connection with the islands that influenced his bestselling work.

Travelling as if alongside his protagonist Fin Macleod, he describes the island life - as bewitching as it is treacherous - his encounter with the bird-hunters of Sula Sgeir, the savage seas of Ness and the churches of Eriskay. With extracts from the trilogy and specially commissioned photographs, this book places his writing and characters within the land that gave them form.

Couldn't get enough of the Lewis trilogy and its extraordinary setting? Check out Peter May's latest bestseller, Coffin Road, in which the million-selling master of crime brings murder back to the Outer Hebrides.

Peter May created three prime-time British drama series including Machair, set on the isle of Lewis. In addition to the Lewis trilogy, he has written the six China thrillers and five Enzo novels. He lives in France.

David Wilson worked with the BBC for twenty years and was the production designer for Machair. He has published a photographic book on the Hebrides, Changing Light. He lives on Lewis.

GOR007872166
Hebrides by Peter May
Peter May
Used - Like New
Hardback
Quercus Publishing
2013-09-26
240
1782062386
9781782062387
N/A
Book picture is for illustrative purposes only, actual binding, cover or edition may vary.
The book has been read, but looks new. The book cover has no visible wear, and the dust jacket is included if applicable. No missing or damaged pages, no tears, possible very minimal creasing, no underlining or highlighting of text, and no writing in the margins.