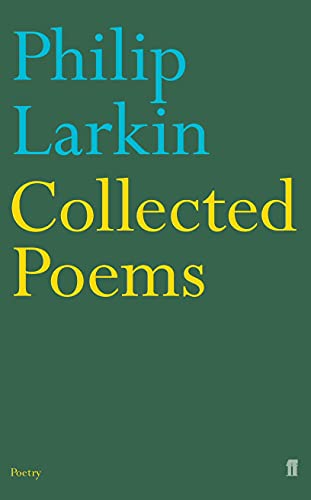 In Stock
$19.49
inc. GST
Since its publication in 1988, Philip Larkin's Collected Poems has become essential reading on any poetry bookshelf.
Very Good
10 in stock

Since its publication in 1988, Philip Larkin's Collected Poems has become essential reading on any poetry bookshelf. This new edition returns to Larkin's own deliberate ordering of his poems, presenting, in their original sequence, his four published books: The North Ship, The Less Deceived, The Whitsun Weddings and High Windows. It also includes an appendix of poems that Larkin published in other places, from his juvenilia to his final years - some of which might have appeared in a late book, if he had lived. Preserving everything that he published in his lifetime, this new Collected Poems returns the reader to the book Larkin might have intended: it is, for the first time, Larkin's 'own' collected poems.

"More often than any other English poet since the war, Larkin gave us lines that it is unlikely we'll be able to forget." --Ian Hamilton, "The Times "(London)
"Larkin is resolute, forthright, witty, and gloomy. This is the man who famously said that deprivation was for him what daffodils were for Wordsworth. Yet surely the results of this life, in the shape of his poems, are gifts, not deprivations." --Donald Hall, "The New Criterion"

About Edited by Philip Larkin

Philip Larkin was born in Coventry in 1922 and was educated at King Henry VIII School, Coventry, and St John's College, Oxford. As well as his volumes of poems, which include The Whitsun Weddings and High Windows, he wrote two novels, Jill and A Girl in Winter, and two books of collected journalism: All What Jazz: A Record Diary, and Required Writing: Miscellaneous Prose. He worked as a librarian at the University of Hull from 1955 until his death in 1985.

GOR001271330
Collected Poems by Edited by Philip Larkin
Edited by Philip Larkin
Used - Very Good
Paperback
Faber & Faber
2003-02-17
240
0571216544
9780571216543
N/A
Book picture is for illustrative purposes only, actual binding, cover or edition may vary.
This is a used book - there is no escaping the fact it has been read by someone else and it will show signs of wear and previous use. Overall we expect it to be in very good condition, but if you are not entirely satisfied please get in touch with us.