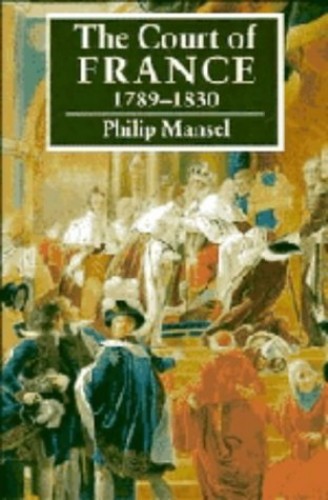 Out of Stock
$200.99
inc. GST
Far from destroying the Royal Court, the French Revolution resulted in a stronger monarchy and a larger, more elitist series of courts. Philip Mansel's delightful study of the royal court describes how this came to be.
Very Good
Only 0 left

This attractively illustrated volume describes the succession of courts and monarchies in France 1789-1830, from the revolutionary period to the fall of Charles X. It shows decisively that the revolution resulted in a stronger monarchy and a larger and more elitist series of courts than had existed previously. The book is based on many years of research in public and private archives throughout Europe. New light is thrown on the nature of the French revolution and on the character and policies of Louis XVI, Napoleon I, Louis XVIII and Charles X, who led their courts through periods of unprecedented formality and splendour.

'No one is better qualified than Philip Mansel to describe the gyrations of the French court from monarchy through empire and back to empire.' The Sunday Times
'Mr Mansel is a thoroughly diligent scholar ... and his research does much to further the current revival of sympathy for Louis XVI.' The Irish Times
"A shrewd observor of etiquette, a scholar thoroughly conversant with the subtleties of French Court life, Mansel gives us an invaluable source of information on an almost perennial trait of French official life." The Eighteenth Century
"Basing his work upon some 15 years of archival research, Mansel has written what should be the definitive work in English on the French court. Beginning with the court of Louis XVI and Marie Antoinette just prior to the French Revolution of 1789, he follows with much care the role, function, and position of the enormous number of courtiers through the regimes of Napoleon I, Louis XVIII, Charles X, and (briefly) that of the July Monarchy." Choice

GOR002197429
The Court of France 1789-1830 by Philip Mansel
Philip Mansel
Used - Very Good
Hardback
Cambridge University Press
1989-01-05
235
0521309956
9780521309950
N/A
Book picture is for illustrative purposes only, actual binding, cover or edition may vary.
This is a used book - there is no escaping the fact it has been read by someone else and it will show signs of wear and previous use. Overall we expect it to be in very good condition, but if you are not entirely satisfied please get in touch with us.