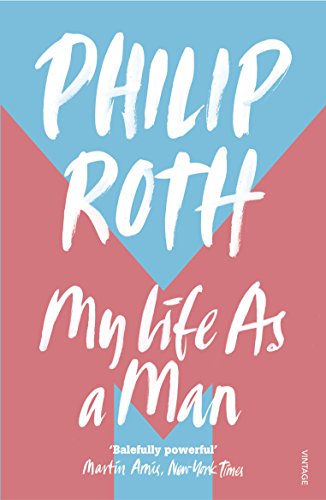 My Life as a Man
by Philip Roth

Out of Stock
$21.49
inc. GST
A fiction-within-a-fiction, My Life as a Man centres on the fraught marriage of Peter, a gifted young writer and Maureen Tarnopol, the woman who wants to be his muse but who instead becomes his nemesis.
Very Good
Only 0 left

My Life as a Man Summary

My Life as a Man by Philip Roth

A fiction-within-a-fiction, My Life as a Man centres on the fraught marriage of Peter, a gifted young writer and Maureen Tarnopol, the woman who wants to be his muse but who instead becomes his nemesis. Their union is based on fraud and powered by moral blackmail. And yet, the the couple's relationship is so perversely durable that, long after Maureen's death, Peter is still trying - and failing - to write his way free of it. Out of desperate inventions and scorching truths, acts of weakness and shocking cruelty, Philip Roth creates a fierce tragedy about a fatal impasse between a man and a woman.

My Life as a Man Reviews

"Balefully powerful" -- Martin Amis * New York Times *
"A very grand work...in invention, in perception...in coming to grips with the wild inconsistencies of life and art" * New Yorker *
"Roth's best... No writer alive can sustain a full-length novel at as high a decibel level as Philip Roth'" * Newsweek *
"A scalding, unique addition to the lasting literature about men and women" * Newsday *

GOR001837051
My Life as a Man by Philip Roth
Philip Roth
Used - Very Good
Paperback
Vintage Publishing
1900-01-31
336
0099515318
9780099515319
N/A
Book picture is for illustrative purposes only, actual binding, cover or edition may vary.
This is a used book - there is no escaping the fact it has been read by someone else and it will show signs of wear and previous use. Overall we expect it to be in very good condition, but if you are not entirely satisfied please get in touch with us.