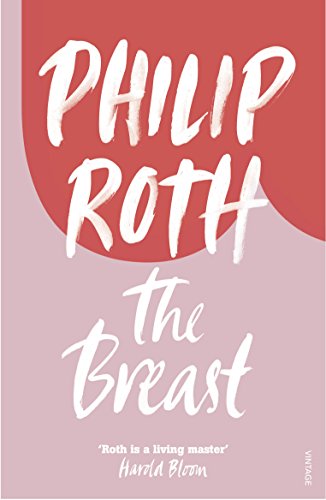 The Breast
by Philip Roth

In Stock
$13.49
inc. GST
Like a latter-day Gregor Samsa, Professor David Kepesh wakes up one morning to find that he has been transformed. audacious, heretical - as darkly hilarious as it is existentially unnerving - making new the silliness, triviality and wonderful meaninglessness of lived human experience.
Well Read
Only 1 left

The Breast by Philip Roth

Like a latter-day Gregor Samsa, Professor David Kepesh wakes up one morning to find that he has been transformed. But where Kafka's protagonist turned into a monstrous cockroach, the narrator of Philip Roth's fantasy has become a 155-pound female breast. What follows is a deliriously funny yet moving exploration of the full implications of Kepesh's metamorphosis; audacious, heretical - as darkly hilarious as it is existentially unnerving - making new the silliness, triviality and wonderful meaninglessness of lived human experience.

"Terrific...inventive and sane and very funny" * New York Times Book Review *
"Roth is a living master" -- Harold Bloom
"Roth's prose is, as ever, elegant and intelligent, delicate even when at its most crude. It sent me back to Kafka - a brave thing to do, but he stands the comparison well" -- Margaret Drabble
"A new shock world of sensual possibility... Need one say again that Roth is an admirable novelist who never steps twice into the same river?" -- Anthony Burgess
"Hilarious, serious, visionary, logical, sexual-philosophical; the ending amazes - the joke takes three steps beyond savagery and satire and turns into a sublimeness of pity. One knows when one is reading something that will permanently enter the culture" -- Cynthia Ozick