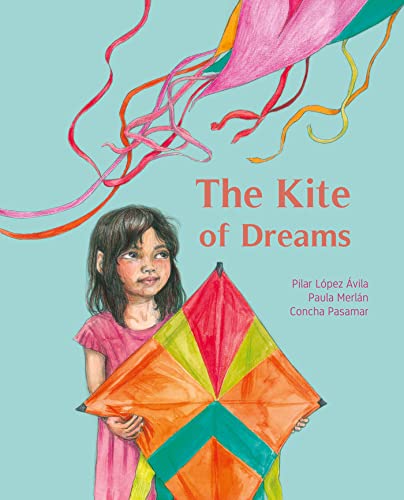 The Kite of Dreams by Pilar Lopez Avila

The Kite of Dreams by Pilar Lopez Avila

If something is capable of bringing the children of the world together, that is the ability to dream and imagine a better world. Every single one of us has with them a kite of dreams, a flying kite sheltering our hopes and dreams. Through this kite trip, we will meet Mohesiwa, a boy who lives in the jungle, Amunet, who can't stop but smiling when imagining a better future, Anja and his brother Tuvo, who rummage through the garbage to find something of value...

The Kite of Dreams is an invitation to discover the different cultures of the world and to dream of a better world. A world with unpolluted air, where every child has access to education, a world with clean and uncontaminated waters, where biodiversity is preserved and forests are conserved. And more importantly, a world in which each child can be happy and reach out to those who need it.

Read the first pages of The Kite of Dreams here below:

"The Kite of Dreams represents children's capacity for "hope," "love," and "joy," no matter what hardships they face." -Kirkus Reviews

Maria del Pilar Lopez Avila (Cartagena, Spain 1969) is an award-winning writer of children's stories. Her passion for children's literature began when she was very young -at the age of nine she was already writing children's stories. PHD in Veterinary Medicine, she currently works as a Biology and Geology teacher at high school in Caceres. She is married and the mother of 3 children. She is also the director of the Teatro Paraiso. In December 2010, she was awarded third position in the Joaquin Sama"Awards for Educational Innovation in the category "A more civic and caring school", for the project entitled "Use of waste materials". In Cuento de Luz she has published Ayobami y el nombre de los Animales (2017), winner of the International Latino Book Awards in 2018, and The Kite of Dreams ( 2019).

Concha Pasamar is an award-winning Spanish illustrator. Words and drawings have always been part of her. For a few years, illustration has been added to her dedication to teaching and research of the Spanish language, which sometimes also takes her along the path of writing.

Paula Merlan (Vigo, 1979) is a Spanish award-winning author. She graduated in Law and Education. Currently, she combines writing with teaching, her two passions. She has published more than twenty children's books, many of them translated into several languages such as Galician, Basque, Catalan, English, Italian, French and Korean. Her most important books are The Bizzies (Cuento de luz, 2019) and A Surprise for Mrs. Tortoise (Nubeocho, 2017), winner at the 2018 International Latino Book Awards.