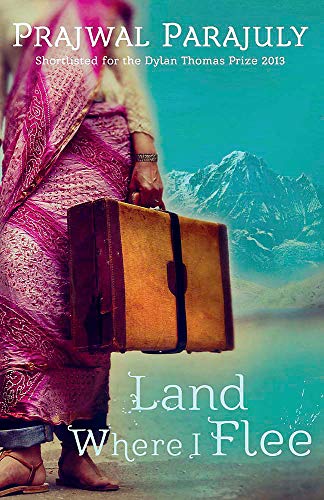 Land Where I Flee
by Prajwal Parajuly

Used Price
$18,99
inc. GST
Free Shipping in Australia
Three Westernized siblings return to their Himalayan hometown, but a game of happy families is the last thing on the cards.
Reviews:
Trustpilot
Like New Very Good Good

Land Where I Flee Summary

Land Where I Flee by Prajwal Parajuly

To commemorate Chitralekha Nepauney's Chaurasi - her landmark 84th birthday - three of Chitralekha's grandchildren are travelling to Gangtok, Sikkim, to pay their respects. Agastaya is flying in from New York. Although a successful oncologist, he is dreading his family's inquisition into why he is not married, and is terrified that the reason for his bachelordom will be discovered. Joining him are Manasa and Bhagwati, travelling from London and Colorado respectively. One the Oxford-educated achiever; the other the disgraced eloper - one moneyed but miserable; the other ostracized but optimistic. All three harbour the same dual objective: to emerge from the celebrations with their formidable grandmother's blessing and their nerves intact - a goal that will become increasingly difficult thanks to a mischievous maid and a fourth, uninvited guest.

Customer Reviews - Land Where I Flee

Land Where I Flee Reviews

'An intelligent novel about identity in an ever-changing world, offering a glimpse into a fascinating culture' The Lady. * Lady *
'[Parajuly] writes finely crafted prose in which local expressions and ideas constantly jump and weave' New Statesman. * New Statesman *
'Parajuly's deft portrayal of his characters' relationships - both with each other and with their old and new homes - is original and convincing. Just as engaging as this nuanced portrait of a generation caught between East and West is Parajuly's sharp depiction of social and economic problems besetting this little known part of the world. Illuminating and compelling, Land Where I Flee is a potent mixture of national and familial politics' The Spectator. * Spectator *
'Easily the most intelligent and entertaining novel to come out of South Asia in a decade' The Telegraph of India. * Telegraph of India *

Prajwal Parajuly - the son of an Indian father and a Nepalese mother - divides his time between New York and Oxford, but disappears to Gangtok, his hometown in the Indian Himalayas, at every opportunity. Land Where I Flee, parts of which were written while he was a writer-in-residence at the Oxford Centre for Hindu Studies, is his first novel. His debut collection of short stories, The Gurkha's Daughter, was shortlisted for the Dylan Thomas Prize 2013.

GOR009698570
Land Where I Flee by Prajwal Parajuly
Prajwal Parajuly
Used - Like New
Hardback
Quercus Publishing
2014-02-06
272
1780872976
9781780872971
N/A
Book picture is for illustrative purposes only, actual binding, cover or edition may vary.
The book has been read, but looks new. The book cover has no visible wear, and the dust jacket is included if applicable. No missing or damaged pages, no tears, possible very minimal creasing, no underlining or highlighting of text, and no writing in the margins.