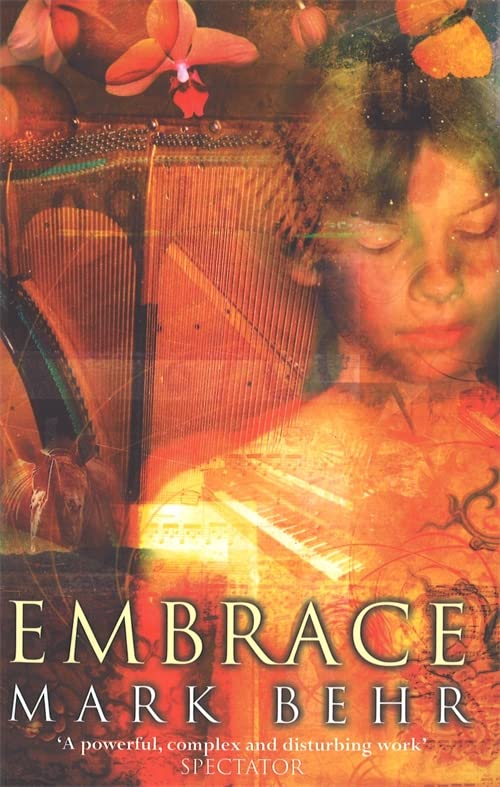 EMBRACE is the story of the awakening of Karl De Man a thirteen-year-old student at the Berg, an exclusive academy for boys in South Africa in the 1970s. Interwoven with the storyline about Karl at school are memories from Karl's childhood and first years at the Berg, presented as an ever-growing patchwork of the many influences on his development: growing up on a game reserve in East Africa, intensely aware of landscape and wildlife; a loving and close family, but a traditional one that will never easily accept Karl's true self: being sent away to school and the formation of new friendships and relationships. But, after threats and punishments handed out after casual sexual games in the dorm, Karl falls in love. He simultaneously has secret affairs with his best friend, Dominic, who is the son of liberal parents, and his choirmaster, Jacques Cilliers. The great strength of the novel is that it places Karl's passions on a wider canvas, focusing on his raw passions and elemental drives against the landscapes of Africa. It is a staggering follow-up to Mark Behr's award-winning first novel, THE SMELL OF APPLES.

A sensitive and subtle story * THE TIMES *
Subtle, complex and compassionate ... Behr excels at exploring the grey areas of complicity and understanding, while larger rights and wrongs are playing themselves out on the horizon * SUNDAY TIMES *
De Man's well drawn family, his original voice and his beautiful prose make this book very special, almost epic * THE GAY AND LESBIAN REVIEW *
[Behr] is adept at varying his style to the mood and age of his protagonist, letting his key character speak for himself * TLS *

Born in Tanzania in 1963, Mark Behr later moved to South Africa with his family. His first novel THE SMELL OF APPLES won several awards and was shortlisted for several more.

GOR010629138
Embrace by Prof Mark Behr
Prof Mark Behr
Used - Like New
Paperback
Little, Brown Book Group
2001-02-01
736
0349113009
9780349113005
N/A
Book picture is for illustrative purposes only, actual binding, cover or edition may vary.
The book has been read, but looks new. The book cover has no visible wear, and the dust jacket is included if applicable. No missing or damaged pages, no tears, possible very minimal creasing, no underlining or highlighting of text, and no writing in the margins.