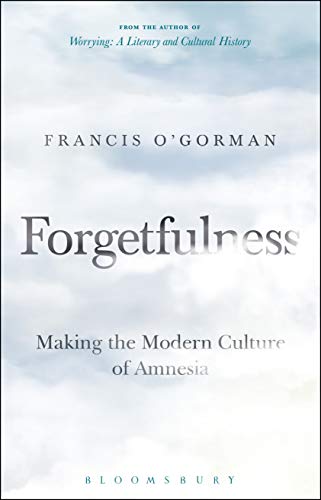 Forgetfulness is a book about modern culture and its profound rejection of the past. It traces the emergence in recent history of the idea that what is important in human life and work is what will happen in the future. Francis O'Gorman asks what the absence of history does to our sense of purpose, as well as what belonging both to time and place might mean in cultures without a memory. It is written in praise of the best achievement and deeds of the past, but is also an expression of profound anxiety about what forgetting them is doing to us.
Offers a piercing insight into the modern era's fascination with newness and the resulting cultural implications. From a professor's perspective, I know that I have read a book worth my time and effort when I find it transforming how I see my daily life. Forgetfulness is such a book ... full of insightful points and crucial discussions of the relationship between lost cultural memory and the modern habit of forgetting. Forgetfulness is an insightful exploration of an ephemeral, amnesiac modernity that both warrants careful examination and inspires lingering thought. -- Kay J. Walter * Moveable Type *
Crisp and elegant ... Cultural memory, [O'Gorman] argues, shapes our sense of time and connectedness to one another on a local and global level. By winding down the portcullis on the past, we risk closing our minds. * The Observer *
A book as acutely intelligent and as original as this is a rare gift of fortune. Read it and you will not easily forget what you have learned. * John Gray, New Statesman *
[A]n engaging dissection of an important phenomenon. * Morning Star *
[This] provocative and engaging little book should be read as a personal essay ... [O'Gorman] manages to be both erudite and accessible, which is something of a feat. * Literary Review *
After a glut of books about mindfulness it came as something of a relief to encounter Forgetfulness ... the book is supremely intelligent, but with the knowledge worn lightly and it's eminently readable, regardless of how you feel about the conclusions he draws ... a book to be savoured and considered. * The Bookbag *
What is wrong with the modern world? Why does life seem so pointless, anxious and annoying? For Francis O'Gorman, the answer is pleasingly simple: we have lost touch with the stability of traditions from the past, and now live in a state of constant, confusing flux ... O'Gorman is at his best when he writes about literature, which is not always the case with literary critics ... At his best Prof O'Gorman sounds, perhaps not surprisingly, like an inspired young John Ruskin reminding his readers that they needed to pay more attention to their heritage before it vanished forever and they are left in an ugly, utilitarian world fit to serve material rather than spiritual needs. * The Irish Times *
An ambitious, often engaging argument. * Prospect *
Carrying his learning lightly, Francis O'Gorman elegantly enquires into the reasons why the 21st century is losing touch with the past. History, he argues, has become a mere commodity, emptied of meaning by commercial choices, ideological sleight of hand, cultural theories and educational decisions. In these post-truth days he challenges us to reconnect with the past, actively and analytically, in order to restore the links between sense and meaning, language and reality, and to reestablish the authority of the past. No nostalgist, O'Gorman speaks for history. This is not a hymn to the past, but a call critically to recall it. At a time of migration and globalization, he rediscovers the home of memory. Forgetfulness is for anyone who wants to remember what it is like to read an intelligent and provocative book. * Robert Hewison, cultural historian and author of Cultural Capital: The Rise and Fall of Creative Britain (2014) *
Forgetfulness brilliantly diagnoses the cultural Alzheimer's disease from which modern man so complacently suffers, to the great detriment of his character. O'Gorman makes a strong plea for the importance of cultural memory and, above all, for a healthier and less narrowly self-referential historiography. * Theodore Dalrymple, writer, doctor, and author of Our Culture, What's Left of It (2004) *
Francis O'Gorman is Saintsbury Professor of English Literature at the University of Edinburgh, UK. He is the author or editor of 23 books, including Worrying: A Literary and Cultural History (Bloomsbury, 2015). He is currently working on three separate projects: on Yeats, on London, and on Emily Bronte.
Introduction 1. Cultures of Memory 2. The Making of Modern Forgetting 3. Contemporary Cultures of Amnesia 4. Forgetfulness in Contemporary Cultural Narrative 5. Learning Pasts 6. The Problems of Forgetting National and Local Histories Acknowledgements References Index
NPB9781501362064
9781501362064
1501362062
Forgetfulness: Making the Modern Culture of Amnesia by Professor Francis O'Gorman (University of Edinburgh, UK)
Professor Francis O'Gorman (University of Edinburgh, UK)
New
Paperback
Bloomsbury Publishing Plc
20200206
200
N/A
Book picture is for illustrative purposes only, actual binding, cover or edition may vary.
This is a new book - be the first to read this copy. With untouched pages and a perfect binding, your brand new copy is ready to be opened for the first time
Trustpilot