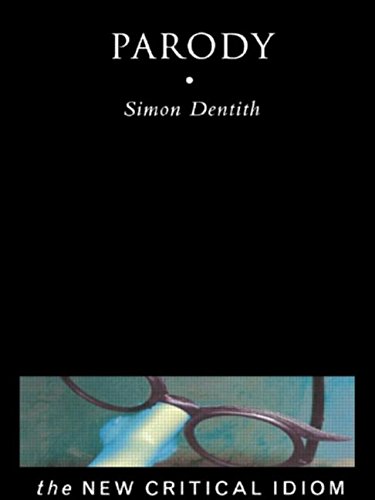 In Stock
$15.99
+10% GST
This lively introduction demonstrates the importance of parody for literary and cultural studies, clearly explaining complex arguements surrounding it.
Very Good
Only 1 left

Parody is part of all our lives. It occurs not only in literature, but also in everyday speech, in theatre and television, architecture and films. Drawing on examples from Aristophanes to The Simpsons, Simon Dentith explores:
* the place of parody in the history of literature
* parody as a subversive or conservative mode of writing
* parody's pivotal role in debates about postmodernism
* parody in the culture wars from ancient times to the present
This lively introduction situates parody at the heart of literary and cultural studies and offers a remarkably clear guide to this sometimes complex topic. Parody will serve as an essential resource, to be read and re-read by students of all levels.

'Simon Dentith provides a comprehensive and thought-provoking analysis of the concept of parody ... a very readable book.' - Language and Literature

Simon Dentith is Reader in English at Cheltenham and Gloucester College of Higher Education, UK. His publications include Bakhtinian Thought: An Introductory Reader (Routledge 1995). _

Acknowledgements Introduction 1. Approaches to parody 2. Parody in the ancient and medieval worlds 3. Parody in the novel 4. Parody and poetry 5. The beauties of burlesque 6. Is nothing sacred? - postmodern parody Conclusion Glossary Bibliography

GOR001954377
Parody by Professor Simon Dentith
Professor Simon Dentith
The New Critical Idiom
Used - Very Good
Paperback
Taylor & Francis Ltd
2000-06-15
224
0415182212
9780415182218
N/A
Book picture is for illustrative purposes only, actual binding, cover or edition may vary.
This is a used book - there is no escaping the fact it has been read by someone else and it will show signs of wear and previous use. Overall we expect it to be in very good condition, but if you are not entirely satisfied please get in touch with us.