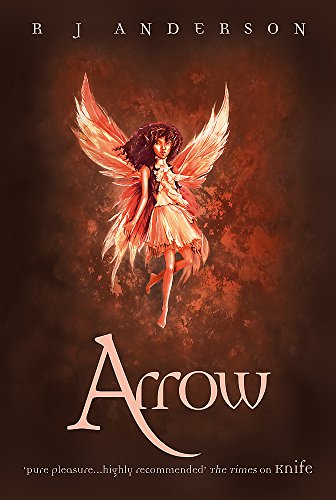 Rhosmari trembled as the Empress walked over to her. 'Oh, do not struggle. There is nowhere for you to escape,' the Empress said, her voice silken and sweet. Then she unsheathed a small dagger from her waist. 'This will only hurt a little...'

Rhosmari has lived her whole life on a sheltered chain of faery islands. But with the Empress's power growing, and her desire to enslave the entire faery race becoming a reality, Rhosmari knows she must fight back...

Rebecca Anderson was born in Uganda, raised in Ontario, went to school in New Jersey, and has spent much of her life dreaming of other worlds entirely.

As a child she immersed herself in fairy tales, mythology, and the works of C.S. Lewis, J.R.R. Tolkien and E. Nesbit; later she discovered more contemporary authors like Ursula LeGuin, Patricia A. McKillip and Robin McKinley, and learned to take as much pleasure from their language as the stories they told.

Now married and the mother of three young sons, Rebecca reads to her children the classic works of fantasy and science fiction that enlivened her own childhood, and tries to bring a similar sense of humour, adventure, and timeless wonder to the novels she writes for children and young adults.