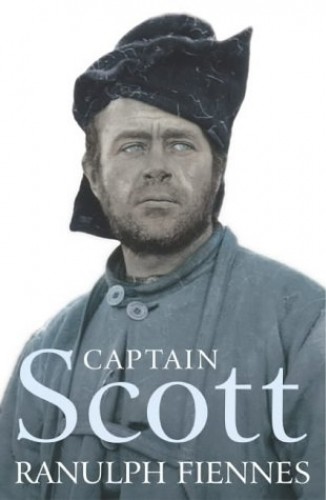 Used Price
$17.49
inc. GST
Free Shipping in Australia
The real story of one of the greatest explorers who ever lived by 'the world's greatest living explorer' (Guinness Book of Records). From the bestselling author of Mad, Bad and Dangerous To Know.
Reviews:
Trustpilot
Like New Very Good

Sir Ranulph Fiennes is uniquely qualified to write a new biography of Captain Scott. This is the first biography of Scott by someone who has experienced the deprivations, the stress and the sheer physical pain that Scott lived through; he has suffered all but the final tragedy endured by the much maligned Scott. He is determined to put the record straight.

As well as being the definitive biography of Scott, written with the full and exclusive cooperation of the Scott Estate, this book traces the way that Scott's reputation has been attacked and his achievements distorted.

'Sir Ranulph Fiennes has done Captain Scott's memory some service...he has certainly written a more dispassionate and balanced account than Huntford ever set out to do.' - Simon Courtauld, Spectator

No-one is better placed than Fiennes to understand what Scott may have experienced or to appreciate the enormity of his achievement. A gripping tale of courage and adventure. * Daily Mail *
A valuable corrective to the trend of Scott debunking ushered in by Roland Huntford...One by one, and with commendable attention to detail, Fiennes explodes the accumulated myths. The world will remember Scott and, to a lesser extent, Fiennes when the memory of the mean-spirited and misleading Huntford has long since melted away. * Justin Marozzi, Sunday Telegraph *
Sir Ranulph Fiennes has done Captain Scott's memory some service...he has certainly written a more dispassionate and balanced account than Huntford ever set out to do * Simon Courtauld, Spectator *
He is uniquely qualified...because only someone who has "man-hauled" across Antarctica can know what went on. Fiennes's own experiences certainly allow him to write vividly and with empathy of the hell that the men went through. He has valuable insights into the running of the Royal Geographical Society and the mounting of an expedition, and he does indeed right some wrongs. * The Sunday Times *

Sir Ranulph Fiennes was the first man to reach both poles (by surface travel) and the first to cross the Antarctic Continent unsupported. In the 1960s he was removed from the SAS Regiment for misuse of explosives but, joining the army of the Sultan of Oman, received that country's Bravery Medal on active service in 1971. He is the only person yet to have been awarded two clasps to the Polar medal for both Antarctic and the Arctic regions. Fiennes has led over 30 expeditions including the first polar circumnavigation of the Earth. In 1993 Her Majesty the Queen awarded Fiennes the Order of the British Empire (OBE) for 'human endeavour and charitable services,' because, on the way to breaking records, he has raised over GBP5 million for charity.

GOR011103564
Captain Scott by Ranulph Fiennes
Ranulph Fiennes
Used - Like New
Paperback
Hodder & Stoughton General Division
2004-05-24
528
0340826991
9780340826997
N/A
Book picture is for illustrative purposes only, actual binding, cover or edition may vary.
The book has been read, but looks new. The book cover has no visible wear, and the dust jacket is included if applicable. No missing or damaged pages, no tears, possible very minimal creasing, no underlining or highlighting of text, and no writing in the margins.