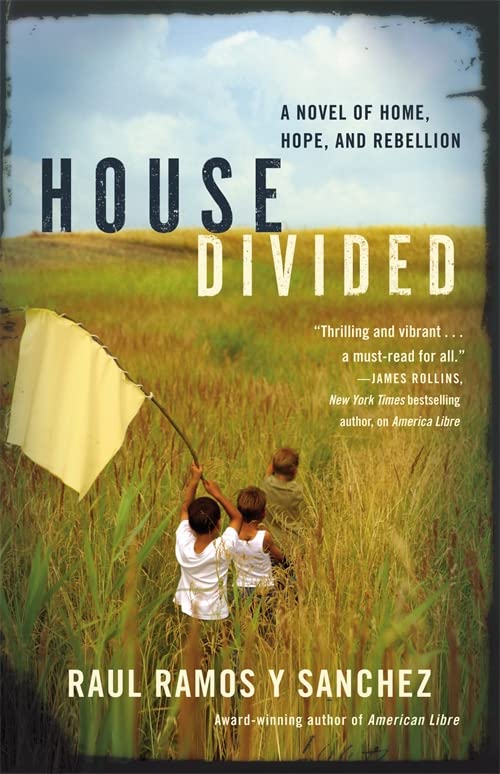 In Stock
$20.49
inc. GST
The struggle that divided a nation now threatens to divide a family in the second novel from award-winning author Raul Ramos y Sanchez
Good
Only 1 left

In war-torn Southern California, Manolo Suarez tries to keep spirits up, reminding people that they are fighting for freedom, justice, and human rights, but he knows the hardships are taking a toll on many.

Finally reunited with his family, Mano finds himself at odds with his wife Rosa, who wants an end to the fighting, and his son Pedro, who has been seduced by an extremist group. Mano has already buried two children because of the ongoing war; he refuses to lose another. He's desperate to convince his son he's chosen the wrong path, and that there is still time to turn back and make the right choice. But first, he has to find him.

"Raul Ramos y Sanchez breaks new ground with America Libre. This debut novel is fast-paced and powerfully written-a story that not only entertains but challenges readers to examine their beliefs. Definitely an author to watch. "--Reuben Martinez, founder, Libreria Martinez Books & Art Gallery on AMERICA LIBRE
"[Raul Ramos y Sanchez] Remember that name because you'll be hearing it time and time again. His next novel, House Divided, is scheduled to be published in 2011, and I for one, can't wait to read it."--LatinoStories.com on AMERICA LIBRE
"A sweeping, intense novel of extremism, fear and consequences."--Publishers Weekly on AMERICA LIBRE
"In such explosive times as ours, it is rare to discover a novel that captures fanaticism in all its extremes and tells a story as thrilling and vibrant as Raul Ramos y Sanchez's AMERICA LIBRE. Future and history collide in a cautionary tale of a new Civil War on American soil. A must-read for all, no matter where you draw your line in the sand."--James Rollins, New York Times bestselling author of The Last Oracle on AMERICA LIBRE
"Provocative!"--USA Today on AMERICA LIBRE
"With House Divided, Ramos continues to shape the immigration narrative, while simultaneously holding it down for other authors who are part of fiction's Latino Renaissance...Just as he did in America Libre, Ramos infuses House Divided with an unwavering voice - one well informed by the fear that the immigration reform smack downs in this country have engendered."--Examiner.com

Cuban-born Raul Ramos y Sanchez grew up in Miami's cultural kaleidoscope before moving to the Midwest. Following a successful advertising career Raul turned to more personally meaningful work. HOUSE DIVIDED is the second book of the AMERICA LIBRE trilogy, which Ramos began in 2004 with the input of scholars from the USA, Latin America and Spain.