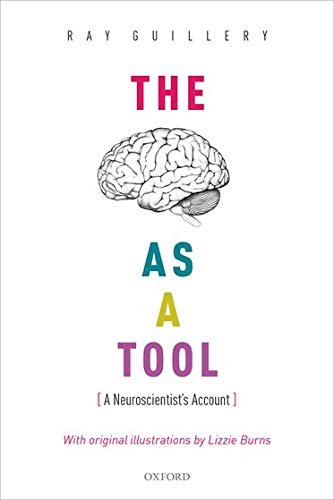 In Stock
$47.99
+10% GST
The Brain as a Tool considers two distinct views about the functions of the brain and how it interacts with the world. The book relates neural events to our sense of self and consciousness, summarizing important evidence which links neuroscience with cognitive psychology and philosophy.
Very Good
Only 1 left

The Brain as a Tool Summary

There are two distinct views about the functions of our brains and their origins. The standard view, taught in most neuroscience texts, has incoming messages about the world sent to the cerebral cortex, with the cortex then producing an appropriate motor output. The interactive view, largely expressed by philosophers and psychologists, stresses the continuous sensorimotor interactions of the brain with the world. The Brain as a Tool focuses on thalamo-cortical interactions on the basis of the interactive view, exploring the phylogenetically new transthalamic corticocortical pathways of mammals that link a hierarchy of cortical areas to each other and back to the phylogenetically older motor centres for control of action. The book demonstrates how messages in these pathways produce an anticipation of our own actions and perceptions. In relating neural events to conscious processing and our sense of self , Guillery summarizes important evidence which links neuroscience with psychology and philosophy. This book is essential reading for neuroscientists, cognitive psychologists and philosophers. Supplemented with a helpful glossary of neural terms and numerous illustrations of the brain, it is also an important resource for graduate and postdoctoral students interested in the neural bases of a sense of self and of cognitive functions.

The Brain as a Tool Reviews

Ray Guillery wrote this book to promote the "Interactive" view of brain function. This is the idea that sensory inputs and motor outputs are not separate, but are combined at every level of the nervous system. If you are not already a believer of this important concept you cannot find a better introduction and argument in its favor. However, I also loved this book for a completely different reason. It is a beautifully written introduction to the nervous system, told through the reflection of the author's long career. It is a joy to read. People often ask me what I recommend they read as they start their career in neuroscience. The Brain as a Tool is now on the very short list of books I recommend. Reading it reminded me what I love about studying the brain. * Jeff Hawkins, Founder, Numenta, USA *
Guillery was an engaging teacher and companion. This book (published posthumously) brings him back to life, to the delight of those who knew him, and the enlightenment of those who did not, as it provides a guided tour of the nervous system. * Clifford B.Saper, James Jackson Putnam Professor of Neurology and Neuroscience, Harvard Medical School *