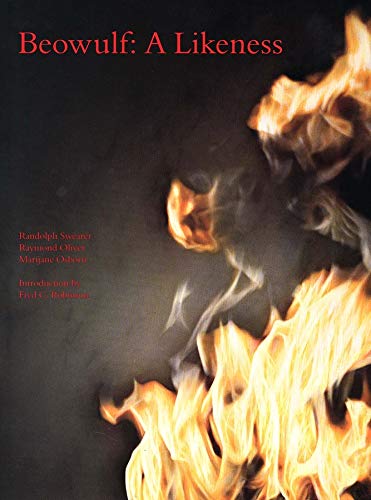 In Stock
$35.99
inc. GST
This recreation of the epic Anglo-Saxon poem is achieved by retelling it in modern verse form; by providing pictorial images of the world of Germanic antiquity, Scandinavian and Anglo-Saxon art, artifacts and scenery; by supplying an historical and geographical commentary on the times.
Very Good
Only 1 left

Beowulf: A Likeness by Raymond Oler

Beowulf, the primary epic of the English language, is a powerful heroic poem eloquently expressive of the Anglo-Saxon culture that produced it. In this beautiful book a designer, a poet, and a specialist in Anglo-Saxon literature recreate Beowulf for a modern audience. Interweaving evocative images, a new interpretation in verse, and a running commentary that helps clarify the action and setting of the poem as well as the imagery, the book brings new life to this ancient masterpiece.
Randolph Swearer's oblique and allusive images create an archaic, mysterious atmosphere by depicting in forms and shadows the world of Germanic antiquity-Scandinavian and Anglo-Saxon art, artifacts, and scenery. At the same time, Raymond Oliver gives Beowulf a world in which to live, filling in the cultural gaps not with a thick matrix of footnotes but with poetry itself. Unlike many translations of Beowulf in existence, Oliver's retelling of the epic uses modern verse forms for poetic effect and includes a wealth of historically authentic descriptions, characterizations, and explanations necessary for modern readers. Marijane Osborn completes the process of restoring context to the poem by supplying a commentary to clarify the historical and geographical dimensions of the story as well as the imagery that accompanies it. All three work together to bring a likeness of an old and elusive tale to today's reader.
"The book's design and the commentary on it provide a unique visual complement to Oliver's poem... A strange and moving story, compellingly told and seriously interesting to any serious reader of books."-Fred C. Robinson, from the Introduction

GOR009714414
Beowulf: A Likeness by Raymond Oler
Raymond Oler
Used - Very Good
Hardback
Yale University Press
1990-11-07
138
0300048769
9780300048766
N/A
Book picture is for illustrative purposes only, actual binding, cover or edition may vary.
This is a used book - there is no escaping the fact it has been read by someone else and it will show signs of wear and previous use. Overall we expect it to be in very good condition, but if you are not entirely satisfied please get in touch with us.