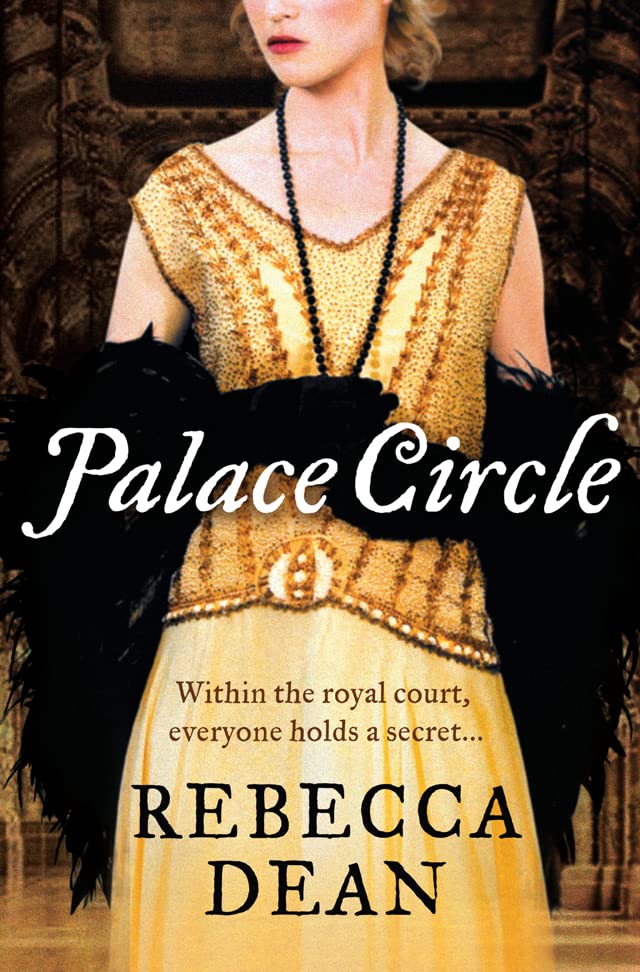 American Heiress Delia Chandler leaves Virginia to marry Viscount Ivor Conisborough, completely unprepared for her new place within the royal circle. Soon she is holding dinner parties for Winston Churchill and Wallis Simpson and attending glittering balls with Prince Edward. But beneath the dazzling facade, Delia quickly discovers a world steeped in scandal. It seems everyone has a secret, including her husband.

When Ivor is sent to Cairo and appointed advisor to King Fuad, Delia must follow with her two daughters. Like their mother, Petra and Davina are fiery beauties who long to escape the elegant and palatial villas of Garden City for the exotic, wild beating heart of Cairo. But their desires will lead them into dangerous territory, shattering their world as they know it, forever.

Drenched in glamour, secrets and scandal, Palace Circle is an irresistible combination of real historical events and masterful storytelling.

Praise for Enemies of the Heart:

* `An immensely satisfying, sweeping saga ...it is one of those engrossing tales that never seems to let up on incident as we belt through four decades full of fascinating detail, skilfully written. A book to curl up with and lose yourself in' Sarah Broadhurst

* 'Dean beautifully captures the mood and color of the era-her descriptive passages are marvelous and complement the layered intrigue, romance and deception.' Publishers Weekly

*'If you like Philippa Gregory, you will love this book!' Nora Roberts

Rebecca Dean's first historical novel, Enemies of the Heart, was inspired by her own German/British family history. Intrigued by the character of Edward Vlll, who makes an appearance in Palace Circle, Rebecca is currently writing a novel based on his early court life at Windsor when, as Prince of Wales, he was the most glittering icon of his times. Happily married, Rebecca Dean has five children, two small dogs and, though a Yorkshire girl born and bred, lives in London.

GOR001588642
Palace Circle by Rebecca Dean
Rebecca Dean
Used - Very Good
Paperback
HarperCollins Publishers
2009-05-14
496
0007268432
9780007268436
N/A
Book picture is for illustrative purposes only, actual binding, cover or edition may vary.
This is a used book - there is no escaping the fact it has been read by someone else and it will show signs of wear and previous use. Overall we expect it to be in very good condition, but if you are not entirely satisfied please get in touch with us.