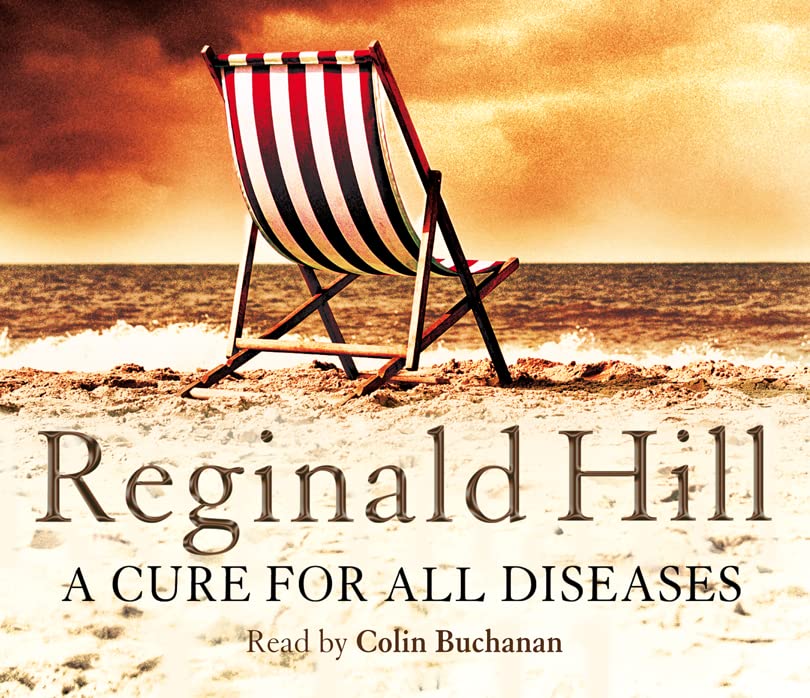 A Cure for All Diseases
by Reginald Hill

A psychological thriller starring Dalziel and Pascoe, the hugely popular police duo and stars of the long-running BBC TV series.

A Cure for All Diseases Summary

A Cure for All Diseases by Reginald Hill

A psychological thriller starring Dalziel and Pascoe, the hugely popular police duo and stars of the long-running BBC TV series.

Some say that Andy Dalziel wasn't ready for God, others that God wasn't ready for Dalziel. Either way, despite his recent proximity to a terrorist blast, the Superintendent remains firmly of this world. And, while Death may be the cure for all diseases, Dalziel is happy to settle for a few weeks' care under a tender nurse.

Convalescing in Sandytown, a quiet seaside resort devoted to healing, Dalziel befriends Charlotte Heywood, a fellow newcomer and psychologist, who is researching the benefits of alternative therapy. With much in common, the two soon find themselves in league when trouble comes to town.

Sandytown's principal landowners have grandiose plans for the resort - none of which they can agree on. One of them has to go, and when one of them does, in spectacularly gruesome fashion, DCI Peter Pascoe is called in to investigate - with Dalziel and Charlotte providing unwelcome support. But Pascoe finds dark forces at work in a place where medicine and holistic remedies are no match for the oldest cure of all...

A Cure for All Diseases Reviews

Praise for `The Death of Dalziel' (HB):

'Fans will not feel cheated... hugely enjoyable to read. God - and Allah - forbid he should think of killing off Pascoe' Evening Standard

'Hill is always clever and funny... he demands intense concentration - because he's worth it' Literary Review

'Hill is a masterful writer, quirky and intelligent, and his characters are drawn with a depth rare in crime fiction. And astonishingly, 21 books into the Dalziel and Pascoe saga, I have yet to feel he's repeating himself' The Times

'His energy, wit and erudition are astonishing... he can still see off most of his rivals' Daily Telegraph

'Hill at his best is a masterly storyteller, and he is at his best here... he always handles the big action scenes with authority and perfect timing... addictive...brilliant' Spectator

'Hill keeps us in suspense throughout the entire book... it's a gripping read which displays Hill's brilliant characterization and dialogue and his skilful plot structure' Sunday Telegraph

Reginald Hill is a native of Cumbria and former resident of Yorkshire, the setting for his novels featuring Superintendent Dalziel and DCI Pascoe, `the best detective duo on the scene bar none' (`Daily Telegraph'). Their appearances have won him numerous awards including a CWA Gold Dagger and Lifetime Achievement award. They have also been adapted into a hugely popular BBC TV series.

GOR005763139
A Cure for All Diseases by Reginald Hill
Reginald Hill
Used - Very Good
Hardback
HarperCollins Publishers
2008-03-03
0007260261
9780007260263
N/A
Book picture is for illustrative purposes only, actual binding, cover or edition may vary.
This is a used book - there is no escaping the fact it has been read by someone else and it will show signs of wear and previous use. Overall we expect it to be in very good condition, but if you are not entirely satisfied please get in touch with us.