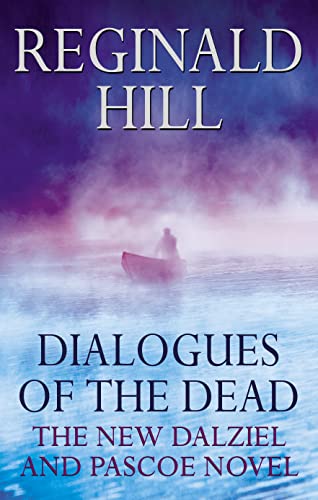 Dialogues of the Dead
by Reginald Hill

Dialogues of the Dead Summary

Dialogues of the Dead by Reginald Hill

A man drowns. Another dies in a motorbike crash. Two accidents ... yet in a pair of so-called Dialogues sent to the Mid-Yorkshire Gazette as entries in a short story competition, someone seems to be taking responsibility for the deaths.

In Mid-Yorkshire CID these claims are greeted with disbelief. But when the story is leaked to television and a third indisputable murder takes place, Dalziel and Pascoe find themselves playing a game no one knows the rules of against an opponent known only as the Wordman.

Dialogues of the Dead Reviews

`He is probably the best living male crime writer in the English-speaking world'
Andrew Taylor, Independent

`He just keeps getting better and better... Hill, a true master, never fails to shock and surprise'
Ian Rankin, Scotland on Sunday

`One of Britain's most consistently excellent crime novelists'
Marcel Berlins, The Times

Reginald Hill was brought up in Cumbria and has returned there after many years in Yorkshire. With his first novel, A Clubbable Woman, he was hailed as `the crime novel's best hope' and twenty years on he has more than fulfilled that promise.

GOR005955251
Dialogues of the Dead by Reginald Hill
Reginald Hill
Used - Well Read
Paperback
HarperCollins Publishers
2001-04-02
464
0007117558
9780007117550
N/A
Book picture is for illustrative purposes only, actual binding, cover or edition may vary.
This is a used book. We do our best to provide good quality books for you to read, but there is no escaping the fact that it has been owned and read by someone else previously. Therefore it will show signs of wear and may be an ex library book.