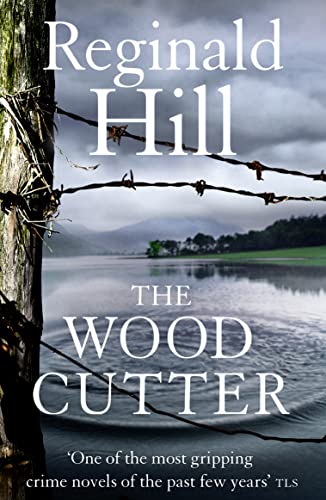 The Woodcutter
by Reginald Hill

A fast-moving, stunning new standalone psychological thriller - from the award-winning author of the Dalziel and Pascoe series

The Woodcutter by Reginald Hill

A fast-moving, stunning new standalone psychological thriller - from the award-winning author of the Dalziel and Pascoe series

Wolf Hadda has lead a charmed life. From humble origins as a woodcutter's son, he has risen to become a hugely successful entrepreneur, happily married to the girl of his dreams.

A knock on the door one morning ends it all. Thrown into prison while protesting his innocence, Wolf retreats into silence. Seven years later prison psychiatrist Alva Ozigbo makes a breakthrough: Wolf begins to talk. Under her guidance he gets parole, returning to his rundown family home in rural Cumbria.

But there is a mysterious period in Wolf's youth when he disappeared from home and was known to his employers as the Woodcutter. And now the Woodcutter is back, looking for the truth - and revenge.

'An outstanding novel of force and beauty [which shows] Hill's elegant writing, erudition and imagination' The Times

'He quickly proves he's lost none of his sardonic wit, punch and complexity ... You'll be hard pushed to find another crime writer with his verve ... Hill uses every trick in his arsenal to elucidate. The result is an epic, unbeatable mystery' Financial Times

'A big, fat mystery which has the enduring power of a myth ... Hill proves once again that the driving force of a successful crime novel is character, not incident ... The heights of the Dalziel & Pascoe series aside, Hill has never written a better book' Evening Standard

'Reginald Hill's books are as good as crime fiction gets and this one is as good as he gets ... A tragic, funny standalone mystery ... History is rewritten with brilliant originality and verve. The combination of wit and humanity is characteristic of this most inventive of crime novelists - warmly recommended' Literary Review

'Hill's plotting is brilliant, the jokes first-rate, the prose supple: it's his humble awe at the English language that enables him to be a minor master of it' Daily Telegraph

'To give more of plot would be to destroy the great pleasure this complex and accomplished novel offers ... Added to his colourful prose and involving narrative are acute psychological insights, beautifully realized characters and landscapes, an examination of the nature of justice, political rage, humour and enough word games to keep any bookish crossword-puzzler happy for hours ... The Woodcutter combines romance, fairy tale and tragedy in one of the most gripping crime novels of the past few years' TLS

Reginald Hill is a native of Cumbria and former resident of Yorkshire, the setting for his novels featuring Superintendent Dalziel and DCI Pascoe, `the best detective duo on the scene bar none' (`Daily Telegraph'). Their appearances have won him numerous awards including a CWA Gold Dagger and Lifetime Achievement award. They have also been adapted into a hugely popular BBC TV series.

GOR003208741
The Woodcutter by Reginald Hill
Reginald Hill
Used - Very Good
Paperback
HarperCollins Publishers
2011-03-31
592
0007419325
9780007419326
N/A
Book picture is for illustrative purposes only, actual binding, cover or edition may vary.
This is a used book - there is no escaping the fact it has been read by someone else and it will show signs of wear and previous use. Overall we expect it to be in very good condition, but if you are not entirely satisfied please get in touch with us.