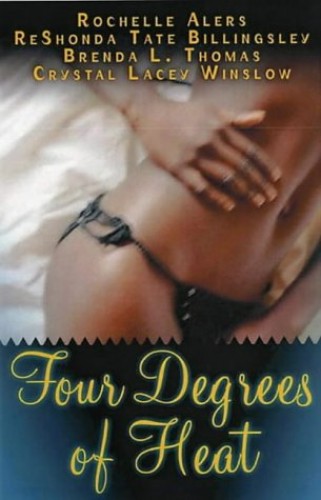 Out of Stock
$36.99
inc. GST
From four of the most popular African-American women writing today comes an anthology of scandalous, seductive and surprising summer tales that is bound to be one of the season's most sought-after beach reads.
Very Good
Only 0 left

Nobody's better at turning up the heat than these four authors and in this collection of all-new stories they dish out summer reading that truly sizzles. Scandalous, seductive and full of surprises, from bestselling authors Rochelle Alers, ReShonda Tate Billingsley, Brenda L. Thomas and Crystal Lacey Winslow, this is an anthology that is bound to be one of the season's most sought-after beach reads.

ReShonda Tate Billingsley's #1 nationally bestselling novels include Let the Church Say Amen, I Know I've Been Changed, and Say Amen, Again, winner of the NAACP Image Award for Outstanding Literary Work. Her collaboration with Victoria Christopher Murray has produced four hit novels, Sinners & Saints, Friends & Foes, A Blessing & a Curse, and Fortune & Fame. BET released a movie in 2013 based on ReShonda's book Let the Church Say Amen in which she had a minor role. She also had a role in the made-for-TV movie The Secret She Kept based on her book of the same title. Visit ReShondaTateBillingsley.com, meet the author on Facebook at ReShondaTateBillingsley, or follow her on Twitter @ReShondaT.

Crystal Lacey Winslow is the author of the Essence bestsellers The Criss Cross and Life, Love & Loneliness, as well as a book of poetry, Up Close & Personal. Her upcoming novel, Sex, Sin & Brooklyn II, is the sequel to her short story in the Essence bestselling anthology Four Degrees of Heat. The founder of Melodrama Publishing, Crystal operates her bookstore, Melodrama Books & Things, in Queens, New York. Visit her website at www.melodramapublishing.com.

Hailed by readers and booksellers alike as one of today's most popular African-American authors of women's fiction, Ms. Alers is a regular on bestsellers list, and has been a recipient of numerous awards, including the Vivian Stephens Award for Excellence in Romance Writing and a Zora Neale Hurston Literary Award. Visit her Web site www.rochellealers.com

GOR005334498
Four Degrees Of Heat by ReShonda Tate Billingsley
ReShonda Tate Billingsley
Used - Very Good
Paperback
Simon & Schuster
2004-07-19
320
0743491459
9780743491457
N/A
Book picture is for illustrative purposes only, actual binding, cover or edition may vary.
This is a used book - there is no escaping the fact it has been read by someone else and it will show signs of wear and previous use. Overall we expect it to be in very good condition, but if you are not entirely satisfied please get in touch with us.