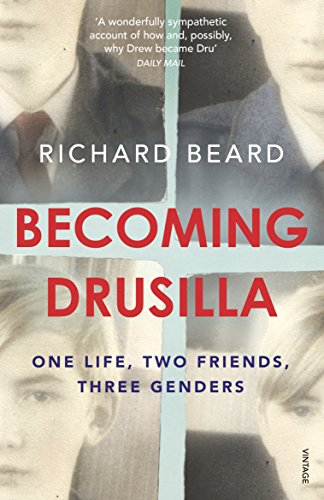 `A brave and intelligent book' Daily Telegraph An unforgettable memoir about gender, journeys and enduring friendship For years Richard Beard would take spontaneous holidays with his motor-cycling friend Drew. They would spend a few days walking, camping, cycling, canoeing - outdoor, manly fun - before returning to everyday life: wives, children, jobs. Richard was writing novels. Drew was working in the engine-room of cross-channel passenger ferries. Then one year Drew phoned to announce a complication: he was planning to transition and begin living as a woman. This is the story of how Drew became Dru, of what happened to their friendship, and their adventures in wildest Wales the first time they went camping as man and woman. It is warm, sad, funny; an intimate tale of shared humanity.

"A wonderfully sympathetic account of how and, possibly, why Drew became Dru" * Daily Mail *
"A gentle, wise and touching book, full of warmth, humour, friendship and humanity" * Literary Review *
"A brave and intelligent book" * Daily Telegraph *
"This beautifully-written and thoroughly well-researched book is Beard's searingly honest attempt to understand what his friend had gone through ... It is deliciously un-PC, unpreachy, refreshingly free of sentimentality, and, at times, drily comic... touching and life affirming. It left me marvelling about human nature. There aren't many of those kinds of books about" -- Dermond Moore * Irish Post *
"This very personal story of how the friendship between two men had to be completely re-evaluated when one of them had a sex change is written in an honest and deeply thoughtful way and is totally devoid of any sensationalism or prurience" * reFresh magazine *

Richard Beard's most recent book is Acts of the Assassins, which was shortlisted for the Goldsmiths Prize. In the twenty years since his first book he has published critically acclaimed novels and narrative non-fiction, including Becoming Drusilla, the story of how a friendship between two men was changed by a gender transition. He was formerly Director of the National Academy of Writing in London, and is now a Visiting Professor at the University of Tokyo and has a Creative Writing Fellowship at the University of East Anglia. He is an optimistic opening batsman for the Authors Cricket Club.

GOR010729416
Becoming Drusilla: One Life, Two Friends, Three Genders by Richard Beard
Richard Beard
Used - Like New
Paperback
Vintage Publishing
2009-05-07
320
0099507730
9780099507734
N/A
Book picture is for illustrative purposes only, actual binding, cover or edition may vary.
The book has been read, but looks new. The book cover has no visible wear, and the dust jacket is included if applicable. No missing or damaged pages, no tears, possible very minimal creasing, no underlining or highlighting of text, and no writing in the margins.