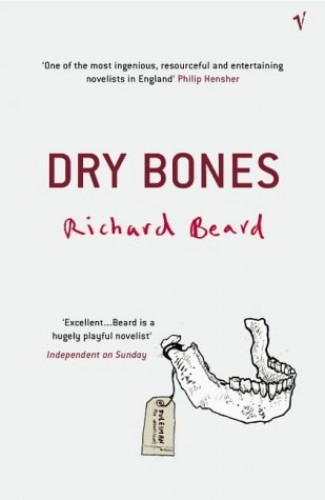 In Stock
$15.99
inc. GST
Jay finds that grave-robbing can be both lucrative and thrilling, however morally troubling for a man of God, and in Switzerland's cemeteries he finds a rich cast to work on: James Joyce, Richard Burton, John Calvin and Charlie Chaplin all receive his midnight attentions.
Very Good
Only 1 left

Jay Mason is experiencing a crisis of faith.

Disillusioned with his calling as a Deacon in the Anglican Church of Geneva, and estranged from his pregnant girlfriend, he's about to fall into the murky world of celebrity grave-robbing. His church has been bought by the shadowy antiquities dealer Joseph Moholy, who arrives to claim its most interesting asset: the toe bone of Thomas Becket. Moholy has a large collection of dubiously acquired relics and is keen to add to his collection. Jay, he decides, is the man to assist him. Jay finds that grave-robbing can be both lucrative and thrilling, however morally troubling for a man of God, and in Switzerland's cemeteries he finds a rich cast to work on: James Joyce, Richard Burton, John Calvin and Charlie Chaplin all receive his midnight attentions. But Moholy is a ruthless man whose ambitions are perilously high, and as Jay assists him in his search for the holy grail of relics, he puts himself and his loved ones in serious danger.

Excellent-Beard is a hugely playful novelist-Dry Bones is scabrous and profane, but also very human in a good way, and probably a little bit profound too * Independent on Sunday *
A roller-coaster philosophical journey of Stoppard-like brilliance-Combining angst and farce in equal measure, Dry Bones is a very English comedy: Graham Greene meets David Lodge * Glasgow Herald *
One of the most ingenious, resourceful and entertaining novelists in England -- Philip Hensher
'Beard's writing can be breathtaking' * Daily Telegraph *
'Richard Beard's prose is dry, nonchalant and fluent' * Times Literary Supplement *

Richard Beard's most recent book is Acts of the Assassins, which was shortlisted for the Goldsmiths Prize.

In the twenty years since his first book he has published critically acclaimed novels and narrative non-fiction, including Becoming Drusilla, the story of how a friendship between two men was changed by a gender transition.

GOR000708446
Dry Bones by Richard Beard
Richard Beard
Used - Very Good
Paperback
Vintage Publishing
2005-03-03
368
0099459256
9780099459255
N/A
Book picture is for illustrative purposes only, actual binding, cover or edition may vary.
This is a used book - there is no escaping the fact it has been read by someone else and it will show signs of wear and previous use. Overall we expect it to be in very good condition, but if you are not entirely satisfied please get in touch with us.