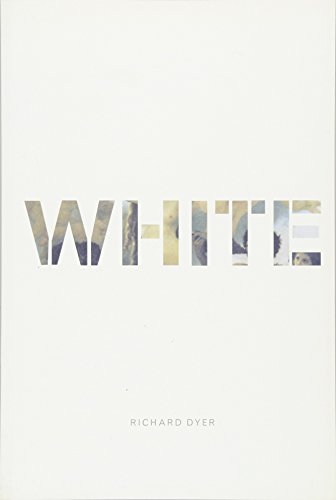 Used Price
$86.99
inc. GST
Free Shipping in Australia
Whiteness is an invisible racial position, against which other ethnicities are examined. In White the author traces the representation of whiteness in the contexts of Christianity, colonialism and in a wide range of films.
Well Read

White: Essays on Race and Culture by Richard Dyer

"Written with clarity and elegance impressively and eclectically sourced with notes and bibliographies, and lavishly illustrated on exceptional stock with scores fo black-and-white plates and 18 color plates of paintings... White is a feast for both the mind and the eye. An excellent companion to bell hooks's... and an indispensable addition to undergraduate and graduate collections in cultural studies and film."
-Choice, April 1998 Vol. 35 No. 8
""White comes highly recommended as a textual site which attempts to bring greater humanity to the worls through an act of critical scholarship and honest self-deconstruction."
-Tribune, 2/99
""White [is a] terrifically intelligent examination of how the visual media, from painting to photography to film, represents whiteness as the esthetic ideal of the West."
-"The New York Times, 3/99
"Politically sensitive and culturally savvy. [A]n excellent study.."
-Shannon Steen, "Theatre Journal
"This book overflows with... perceptive and provocative arguments."
-"In These Times

GOR005745646
White: Essays on Race and Culture by Richard Dyer
Richard Dyer
Used - Well Read
Paperback
Taylor & Francis Ltd
1997-07-17
288
0415095379
9780415095372
N/A
Book picture is for illustrative purposes only, actual binding, cover or edition may vary.
This is a used book. We do our best to provide good quality books for you to read, but there is no escaping the fact that it has been owned and read by someone else previously. Therefore it will show signs of wear and may be an ex library book.