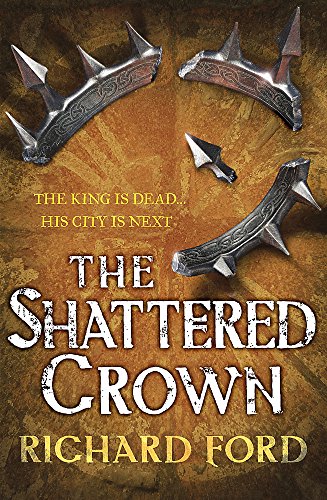 The King is dead. His daughter, untested and alone, now wears the Steel Crown. And a vast horde is steadily carving a bloody road south, hell-bent on razing Steelhaven to the ground

Before the city faces the terror that approaches, it must crush the danger already lurking within its walls. But will the cost of victory be as devastating as that of defeat?

You'll find yourself looking forward to what Ford dreams up next * SFX *
Exciting and different -- The British Fantasy Society
A perfect example of tight, gritty, character-driven storytelling -- Luke Scull, author of The Grim Company
If you like your fantasy full of guts and glory and with a clever plot then this is for you * Fantasy Faction *
Violent, vicious and darkly funny. Book Two can't come fast enough * Fantasy Faction *
A series to watch. Great stuff * Falcata Times *

Richard Ford hails from Leeds but now resides in Wiltshire, in the first town on the Thames. His first novel, Kultus, was published in 2011. Herald of the Storm, the first book in the Steelhaven series, was released in 2013.

GOR005610205
The Shattered Crown (Steelhaven: Book Two) by Richard Ford
Richard Ford
Steelhaven
Used - Very Good
Paperback
Headline Publishing Group
2014-03-11
400
0755394062
9780755394067
N/A
Book picture is for illustrative purposes only, actual binding, cover or edition may vary.
This is a used book - there is no escaping the fact it has been read by someone else and it will show signs of wear and previous use. Overall we expect it to be in very good condition, but if you are not entirely satisfied please get in touch with us.