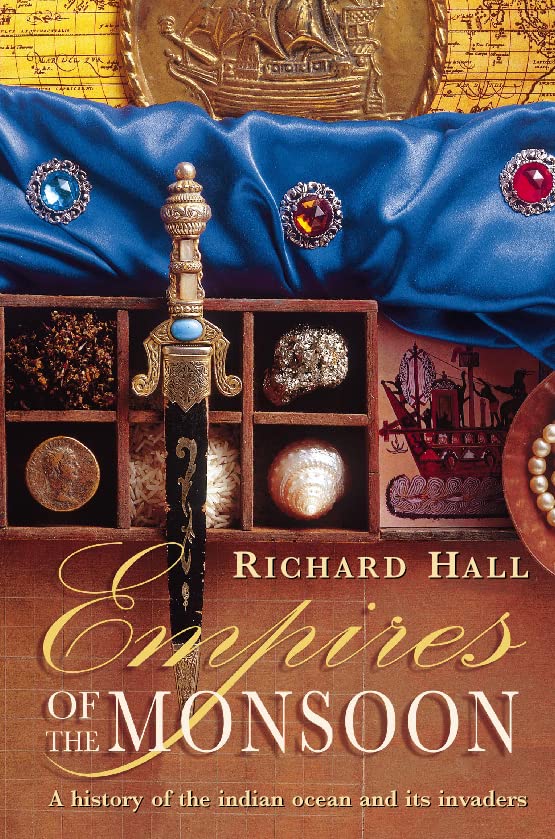 Empires of the Monsoon
by Richard Hall

`A triumph: a first class comprehensive narrative of the impact upon the people of the Indian Ocean of those who penetrated it. It is hard to believe that this account of a European epic has any rival.' J.M. ROBERTS, author of the Penguin History of the World

Empires of the Monsoon Summary

Empires of the Monsoon by Richard Hall

`A triumph: a first class comprehensive narrative of the impact upon the people of the Indian Ocean of those who penetrated it. It is hard to believe that this account of a European epic has any rival.' J.M. ROBERTS, author of the Penguin History of the World

Until Vasco da Gama discovered the sea-route to the East in 1497-9 almost nothing was known in the West of the exotic cultures and wealth of the Indian Ocean and its peoples. It is this civilisation and its destruction at the hands of the West that Richard Hall recreates in this book. Hall's history of the exploration and exploitation - by Chinese and Arab travellers, and by the Portuguese, Dutch and British alike - is one of brutality, betrayal and colonial ambition. It is history told with the true gift of a storyteller and a keen eye for the exotic. It is a compelling and instructive epic.

Empires of the Monsoon Reviews

`Empires of the Monsoon is a panoramic study of the history of the Indian Ocean and the destruction of its traditional trade by colonial Europe... Its major achievement is to weave into a coherent whole the histories of a kaleidoscope of civilisations and peoples... Empires of the Monsoon reads like some mediaeval Book of Wonders, rich with exotic improbabilities... . It is all gripping stuff, dizzily ambitious in its scope and full of some of the oddest facts imaginable.'
William Dalrymple, Independent

`Empires of the Monsoon is an example of popular history at its best... It is the story of many marvels and many great adventures.'
J.D.F. Jones, Financial Times

`A panoramic account of the Indian Ocean and its invaders... combining scholarly zeal with a good journalist's flair for selection and narrative. The book is full of fascinating information.'
John Grigg, Sunday Telegraph

`Hall's lively compendium is rich in bloodthirsty sultans, swashbuckling pirates, hypocritical imperialists and serendipitous Sinbads... He is an enthusiastic storyteller who can hold you with his glittering eye.'
Felipe Fernandez-Armesto, Sunday Times

`A vast and fascinating history... I found it both absorbing and instructive.'
Robert Carver, Scotsman

Richard Hall is a distinguished journalist and writer. He was born in 1925 and spent his childhood in Australia and England. During the Second World War he served as a rating in a destroyer before going to Oxford to read English. He spent ten years in Africa as a newspaper editor and foreign correspondent and was the last journalist out of Biafra at the end of the Nigerian Civil War. He is the author of many books including a biography of the explorer Henry Stanley and a history of Zambia. After returning from Africa he became editor of the Observer's colour magazine and a columnist for the Financial Times. He owns and manages a company called Africa Analysis and lives in Oxfordshire.

GOR001651062
Empires of the Monsoon by Richard Hall
Richard Hall
Used - Good
Paperback
HarperCollins Publishers
1997-12-05
608
0006380832
9780006380832
N/A
Book picture is for illustrative purposes only, actual binding, cover or edition may vary.
This is a used book - there is no escaping the fact it has been read by someone else and it will show signs of wear and previous use. Overall we expect it to be in very good condition, but if you are not entirely satisfied please get in touch with us.