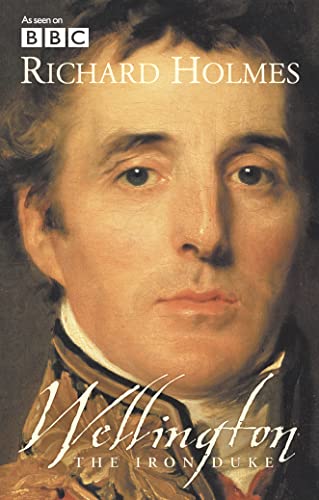 Richard Holmes charts Wellington's stellar military career from India to Europe, and in the process, rediscovers the reasons Queen Victoria called him the greatest man the nineteenth century had produced. Combining his astute historical analysis with a semi-biographical examination of Wellington, Holmes artfully illustrates the rapid evolution in military and political thinking of the time.

Wellington is a brilliant figure, idealistic in politics, cynical in love, a wit, a beau, a man of enormous courage often sickened by war. As Richard Holmes charts his progress from a shy, indolent boy to commander-in-chief of the allied forces, he also exposes the Iron Duke as a philanderer, and a man who sometimes despised the men that he led, and was not always in control of his soldiers. Particularly infamous is the bestial rampage of his men after the capture of Cuidad Rodgrigo and Badajoz.

THE IRON DUKE is a beautifully produced book, complete with stunning illustrations and colour plates. Richard Holmes' TV series to accompany THE IRON DUKE will be lavishly constructed in four parts, and filmed on location in Britain, India, Spain, Portugal, France and Belgium.

GOR001214853
Wellington: The Iron Duke by Richard Holmes
Richard Holmes
Used - Very Good
Hardback
HarperCollins Publishers
2002-06-05
336
0007137486
9780007137480
N/A
Book picture is for illustrative purposes only, actual binding, cover or edition may vary.
This is a used book - there is no escaping the fact it has been read by someone else and it will show signs of wear and previous use. Overall we expect it to be in very good condition, but if you are not entirely satisfied please get in touch with us.