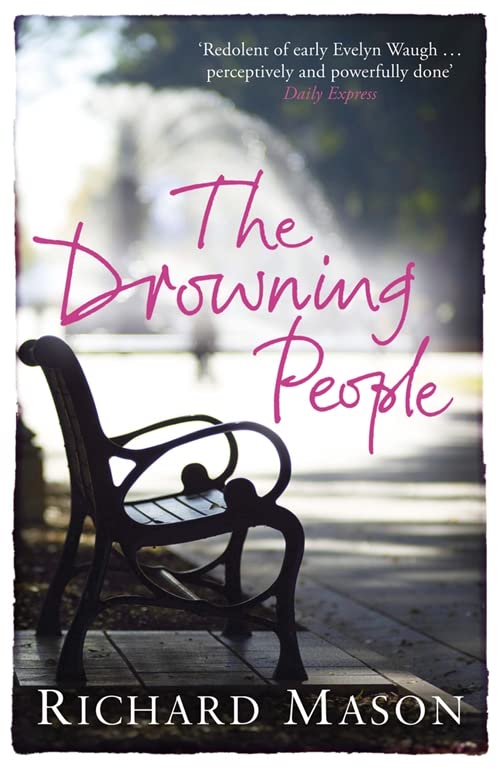 The Drowning People
by Richard Mason

Out of Stock
$17.49
inc. GST
A truly thrilling murder mystery set partly in Cornwall, in the tradition of Du Maurier's REBECCA: dark, English and very much a classic.
Like New
Only 0 left

The Drowning People by Richard Mason

A truly thrilling murder mystery set partly in Cornwall, in the tradition of Du Maurier's REBECCA: dark, English and very much a classic.

At 21, James Farrell has the world at his feet. A gifted violinist, his successful career seems assured. Until a chance encounter with Ella changes everything. Ella, bewitching, irresistible, haunted by the ghosts of her family's past - James cannot help falling in love with her, and she with him. But as the power and dangerous fragility of their relationship overwhelm them, James can only watch helplessly as the most beautiful thing in his life is strangled by deception, betrayal and ultimately murder ...

`Assured, well-paced and ambitious ... the writing is a delight. An exceptional achievement. * GUARDIAN (1999) *
`Redolent of early Evelyn Waugh... Mason already displays narrative drive, verbal skill and technical mastery. * DAILY EXPRESS (1999) *
`One of the most talked about first novels of 1999. If you want to be au courant with modern fiction, you will need to read it...' * SUNDAY TELEGRAPH (1999) *
`A very impressive first novel ... the story immediately hooks you until the end' * THE TIMES (1999) *
An absolutely fantastic story: a cast of weird and wonderful characters, tangled love, secrets and deceits, deaths, and altogether a hugely inventive plot with a twist to beat all twists at the very 11th hour. * OXFORD TIMES *

Richard Mason was born in South Africa in 1978 to activist parents who settled in England when he was ten. Brought up and educated in Britain he wrote his first novel, THE DROWNING PEOPLE, before going to Oxford. In the intervening years, Richard finished his degree, then set up an educational charity in memory of his sister Kay. The Kay Mason Foundation provides scholarships to disadvantaged South African children, paying for them to attend some of the country's best schools.

GOR010255187
The Drowning People by Richard Mason
Richard Mason
Used - Like New
Paperback
Orion Publishing Co
2011-03-17
368
0753828413
9780753828410
N/A
Book picture is for illustrative purposes only, actual binding, cover or edition may vary.
The book has been read, but looks new. The book cover has no visible wear, and the dust jacket is included if applicable. No missing or damaged pages, no tears, possible very minimal creasing, no underlining or highlighting of text, and no writing in the margins.