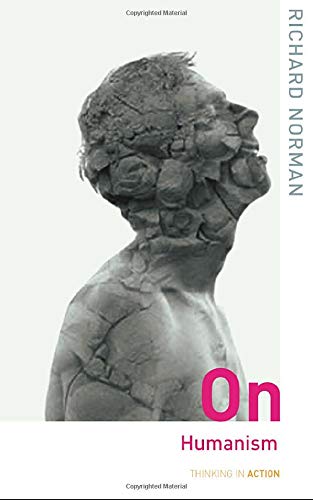 On Humanism
by Richard Norman (University of Kent, UK)

In Stock
$31.99
inc. GST
Drawing on a colourful range of examples, including Aristotle, Nietzsche, Darwin, Primo Levi, Virginia Woolf and Graham Swift, 'On Humanism' reflects on a much discussed but little understood philosophical viewpoint.
Very Good
5 in stock

On Humanism by Richard Norman (University of Kent, UK)

humanism /'hju:meniz(e)m/ n. an outlook or system of thought concerned with human rather than divine or supernatural matters.

Albert Einstein, Isaac Asimov, E.M. Forster, Bertrand Russell, and Gloria Steinem all declared themselves humanists. What is humanism and why does it matter? Is there any doctrine every humanist must hold? If it rejects religion, what does it offer in its place? Have the twentieth century's crimes against humanity spelled the end for humanism?

On Humanism is a timely and powerfully argued philosophical defence of humanism. It is also an impassioned plea that we turn to ourselves, not religion, if we want to answer Socrates' age-old question: what is the best kind of life to lead? Although humanism has much in common with science, Richard Norman shows that it is far from a denial of the more mysterious, fragile side of being human. He deals with big questions such as the environment, Darwinism and 'creation science', euthanasia and abortion, and then argues that it is ultimately through the human capacity for art, literature and the imagination that humanism is a powerful alternative to religious belief.

Drawing on a varied range of examples from Aristotle to Primo Levi and the novels of Virginia Woolf and Graham Swift, On Humanism is a lucid and much needed reflection on this much talked about but little understood phenomenon.

'This outline of the humanist philosophy of life by Richard Norman is first class. It covers the history, philosophy, morality and meaning of humanism with extreme clarity ... a book of great lucidity, considerable thought and grace.' - New Humanist

'Balanced presentations like this are indeed welcome ... This is a good book: a book to make one think. It is enjoyable as such, but it might also be included as a reading for a Philosophy of Religion course.' - Philosophical Investigations

GOR003275898
On Humanism by Richard Norman (University of Kent, UK)
Richard Norman (University of Kent, UK)
Thinking in Action
Used - Very Good
Paperback
Taylor & Francis Ltd
2004-06-16
184
0415305233
9780415305235
N/A
Book picture is for illustrative purposes only, actual binding, cover or edition may vary.
This is a used book - there is no escaping the fact it has been read by someone else and it will show signs of wear and previous use. Overall we expect it to be in very good condition, but if you are not entirely satisfied please get in touch with us.