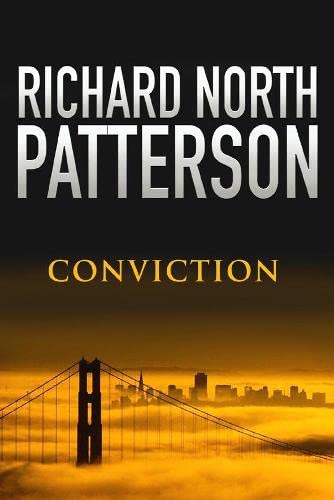 In Stock
$15.49
inc. GST
Another thrilling courtroom drama from the internationally bestselling author of BALANCE OF POWER
Very Good
6 in stock

When the body of eleven-year-old Thuy Sen is found in San Francisco Bay, the police swiftly charge Rennell and Payton Price with her grisly murder. A twelve-person jury, helped along by an incompetent lawyer for the defense, are quick to find the brothers guilty - and to sentence them both to die for their cimes.

Twelve years later, Payton is days from his execution, and overworked pro bono lawyer Teresa Peralta Paget, her husband Chris, and stepson Carlo, a recent Harvard law graduate, become convinced not only that Rennell didn't receive a fair trial, but that he's innocent. Racing against the clock and against insurmountable legal obstacles, Teresa, Chris, and Carlo desperately try and stop the execution of an innocent man.

'Patterson has the rare gift of enthralling as he informs' Mark Lawson, The Guardian

"'Patterson has the rare gift of enthralling as he informs' Mark Lawson, The Guardian"

Richard North Patterson's twelve previous novels include eight consecutive international best-sellers. His novels have won an Edgar Allan Poe Award and the Grand Prix de Litterature Policiere. Formerly a trial lawyer in Washington and San Francisco, Richard North Patterson is now a full time writer, and lives with his wife, Laurie, and their family in San Francisco and on Martha's Vineyard.

GOR002631952
Conviction by Richard North Patterson
Richard North Patterson
Used - Very Good
Paperback
Pan Macmillan
2005-11-04
500
0330490842
9780330490849
N/A
Book picture is for illustrative purposes only, actual binding, cover or edition may vary.
This is a used book - there is no escaping the fact it has been read by someone else and it will show signs of wear and previous use. Overall we expect it to be in very good condition, but if you are not entirely satisfied please get in touch with us.