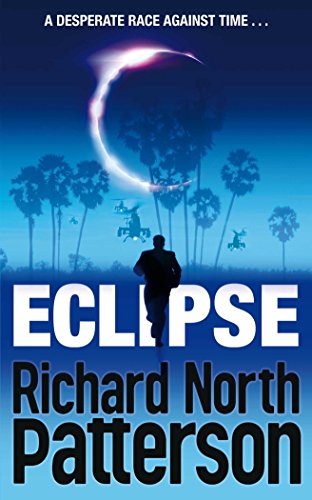 In a novel of international intrigue, an American lawyer, Damon Pierce, attempts to save Bobby Okari, the West African leader of a protest movement, from execution by the country's corrupt and autocratic leader. Complicating matters further is Okari's wife, Marissa Brand, with whom Pierce had a relationship years before that he's never quite forgotten; she, in fact, persuaded him to take the case in the first place, and it is who she plays a crucial role in the eventual outcome...

Culminating in a dramatic show trial and a desperate race against time, Eclipse combines a thrilling narrative with a vivid look at the human cost of the global lust for oil.

'Every now and then - but a lot more rarely than that implies - you come across a thriller so important that it absolutely demands to be read. This is one' The Times on Exile

Richard North Patterson is the author of fourteen previous bestselling and critically acclaimed novels, including Conviction, Balance of Power and The Race. Formerly a trial lawyer, Patterson was the SEC's liaison to the Watergate special prosecutor and has served on the boards of several Washington advocacy groups. He lives in San Francisco and on Martha's Vineyard with his partner, Dr Nancy Clair.

GOR001596539
Eclipse by Richard North Patterson
Richard North Patterson
Used - Very Good
Paperback
Pan Macmillan
2009-07-25
480
0330454870
9780330454872
N/A
Book picture is for illustrative purposes only, actual binding, cover or edition may vary.
This is a used book - there is no escaping the fact it has been read by someone else and it will show signs of wear and previous use. Overall we expect it to be in very good condition, but if you are not entirely satisfied please get in touch with us.