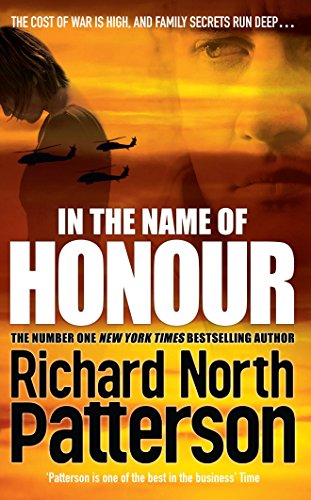 In the Name of Honour
by Richard North Patterson

In the Name of Honour Summary

In the Name of Honour by Richard North Patterson

Home from Iraq, a lieutenant kills his commanding officer - was it self-defence or pre-meditated murder?

The McCarrans and the Gallaghers, two families with deep ties to the military, have been close for decades. Now, Lt. Brian McCarran returns from a harrowing tour in Iraq. Traumatized by war-time experiences he will not reveal, Brian depends on his lifelong friendship with Kate Gallagher, who is married to Brian's commanding officer in Iraq, Capt. Joe D'Abruzzo. But D'Abruzzo also seems changed - he's become secretive and remote.

Tragedy strikes when Brian shoots and kills D'Abruzzo on their army post in Virginia. Brian pleads self-defence, claiming that D'Abruzzo accused him of interfering with his marriage, and attacked him. Kate supports Brian and says that her husband had become violent and abusive. But Brian and Kate have secrets of their own.

Capt. Paul Terry, an accomplished young army lawyer, will defend Brian in a high-profile court martial. His co-counsel is Meg McCarran, Brian's sister, the brilliant, beautiful attorney determined to help save her brother. Terry soon becomes deeply entwined with Meg and the McCarrans - and learns that families, like war, can break the sturdiest of souls.

RICHARD NORTH PATTERSON is the author of The Spire, Exile, and fifteen other bestselling and critically acclaimed novels. Formerly a trial lawyer, he was the SEC liaison to the Watergate special prosecutor and has served on the boards of several Washington advocacy groups. He lives in Martha's Vineyard, San Francisco, and Cabo San Lucas with his wife, Dr. Nancy Clair.

GOR003603011
In the Name of Honour by Richard North Patterson
Richard North Patterson
Used - Good
Paperback
Pan Macmillan
2011-11-04
528
0330456512
9780330456517
N/A
Book picture is for illustrative purposes only, actual binding, cover or edition may vary.
This is a used book - there is no escaping the fact it has been read by someone else and it will show signs of wear and previous use. Overall we expect it to be in very good condition, but if you are not entirely satisfied please get in touch with us.