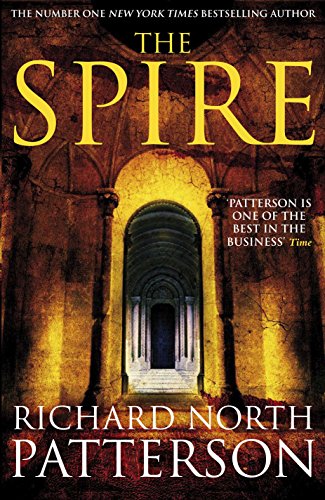 The Spire
by Richard North Patterson

The Spire by Richard North Patterson

A young college president struggles to save his once prestigious alma mater, Caldwell College, from a financial scandal which may be linked to the murder of a student, some seventeen years previously.

The Caldwell campus is dominated by a large bell tower known as The Spire. The Spire ornaments the school yearbook, stationary, all publications. Steeped in lore, it tolls every hour of the school day; or to mark notable events such as athletic triumphs. But in 1993, the body of Angela Hall, a black student, was found at the foot of the Spire. Raped and murdered, she seemed oddly like a sacrifice to the newly-ominous college landmark...

Gripping and razor-sharp, The Spire is both a hugely satisfying thriller and a poignant love story. Richard North Patterson has outdone himself-this is his most compelling novel in years.

RICHARD NORTH PATTERSON is the author of The Spire, Exile, and fifteen other bestselling and critically acclaimed novels. Formerly a trial lawyer, he was the SEC liaison to the Watergate special prosecutor and has served on the boards of several Washington advocacy groups. He lives in Martha's Vineyard, San Francisco, and Cabo San Lucas with his wife, Dr. Nancy Clair.

GOR001917669
The Spire by Richard North Patterson
Richard North Patterson
Used - Very Good
Hardback
Pan Macmillan
2010-02-05
384
0230705650
9780230705654
N/A
Book picture is for illustrative purposes only, actual binding, cover or edition may vary.
This is a used book - there is no escaping the fact it has been read by someone else and it will show signs of wear and previous use. Overall we expect it to be in very good condition, but if you are not entirely satisfied please get in touch with us.