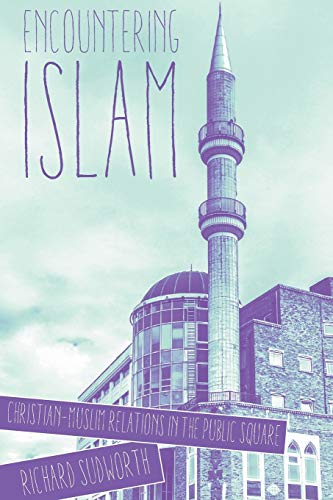 What do Christian Churches say Islam is? What does the Church of England say Islam is? And, in the end, what space is there for genuine engagement with Islam? Richard Sudworth's unique study takes as its cue the question of political theology and brings this burgeoning area of debate into dialogue with Christian-Muslim relations and Anglican ecclesiology. The vexed subject of Christian-Muslim Relations provides the presenting arena to explore what political theologies enable the Church of England to engage with the diverse public square of the twenty-first century. Each chapter concludes with an `Anecdotes from the Field' section, setting themes from the chapter in the context of Richard Sudworth's own ministry within a Muslim majority parish.

An illuminating, historical and ecumenical 'tour d'horizon' of Christian Muslim relations, generating insights worked into a compelling contribution to Anglican political theology. Each chapter concludes with a lively case-study rooting such thinking in parish ministry, set amidst a Muslim majority in inner city Birmingham. A model of constructive and self-critical theology. Indispensable for priest and general reader alike. -- Philip Lewis
Richard Sudworth has given us a rich, detailed and accurate map of the highly complex ground of Anglican-Islam encounter, set in the wider context of other Christian engagement and against an illuminating historical backdrop...I have no hesitation in commending this book to anyone interested in this increasingly essential arena where sound knowledge needs to support the compassion and challenge of honest friendship between Christian and Muslim. -- The Very Revd Dr Frances Ward
As the debate around the place of Islam in Europe and America continues to heat up, often stoked by fear and misinformation, here is a nuanced and insightful study of what it means for Christians to live alongside Muslims in a shared political space. With such a charged context, it is hard to do justice to the complex reality of religious faith worked out in neighbourhoods and nations. Richard Sudworth, however, offers academic theology which mines the rich depths of Anglican thinking as well as the lived experience of a priest in a Muslim majority parish in Birmingham. He shows an understanding of Anglican and Muslim struggles, for example, with territory, and embraces engagement rooted in a worshipping Christian community. Here is practical wisdom and the kind of challenge that the church will increasingly need if it is to retain its integrity. -- The Rt Revd Dr Toby Howarth

Revd Dr Richard J. Sudworth is a part time tutor in Anglican Theology at the Queen's Foundation, Birmingham, as well as being parish priest in a Muslim majority area of the city.

GOR010798609
Encountering Islam: Christian-Muslim Relations in the Public Square by Richard Sudworth
Richard Sudworth
Used - Very Good
Paperback
SCM Press
2017-03-31
224
0334055180
9780334055181
N/A
Book picture is for illustrative purposes only, actual binding, cover or edition may vary.
This is a used book - there is no escaping the fact it has been read by someone else and it will show signs of wear and previous use. Overall we expect it to be in very good condition, but if you are not entirely satisfied please get in touch with us.