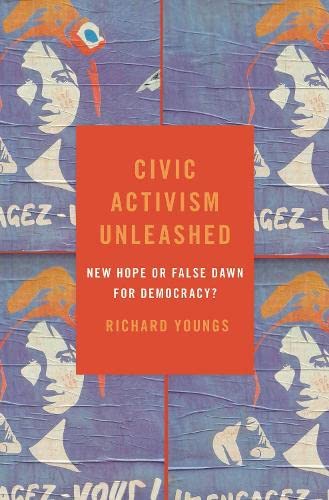 In Stock
$35.99
+10% GST
Mass protest and other forms of activism are spreading around the world. The book examines why this is happening and what implications such dynamic new activism has for global politics.
Very Good
Only 1 left

One of the signal events in global politics in the last decade has been the transformation of political and civic activism. Not only is the new activism qualitatively different in character from what it was in 2000; its intensity and frequency have dramatically increased. Activists are developing a new type of civic movement, applying innovative forms of direct action against governments and often operating without leaders or even any well-defined set of aims. In Civic Activism Unleashed, Carnegie scholar Richard Youngs examines the changing shape of contemporary civic activism. He shows how the emerging civic activism has important implications for the whole concept of civil society-and for the relationship between citizens, political institutions, and states. Youngs contends that the rise and spread of these new forms of direct-action civic activism, and the way the trend has driven the dramatic events in global politics in recent years, requires us to update our understanding of what civil society actually is and which types of organizations are in its vanguard. He further looks at the global impact of recent civic activism and offers a set of variables to help explain cases of success and failure. Youngs' larger aim is to explore in depth the new forms of civic activism that are emerging around the world and assess how they differ from more established practices of civil society activity. Theoretically ambitious and global in scope, Civic Activism Unleashed forces us to reconsider the nature of contemporary social and civic activism and how it is reshaping contentious politics in countries across the world.

"A most timely book on the components and complexities, including the digital dimension, of new forms of civic activism and how they relate to old-style, long-standing NGOs. Youngs explains successes and failures of large-scale protests across the world in recent years and unravels the ways in which the new activism contributes to democracy. His analysis has important implications for international diplomacy and global politics, and governments, foundations and multilateral organizations that support civil society." -Annalisa Ciampi, Professor of International Law, Verona University, and former UN Special Rapporteur

"This book wonderfully chronicles how civil society is changing before our eyes; the interplay of old and new forms of civic activism, the blurring of institutional formations and geographical boundaries, the need to protect civic space coupled with new opportunities to strengthen citizen participation, and, indeed, the opportunity to reimagine democracy itself. Richard's book will be just as useful a roadmap for those in social movements as for chief executives of large organisations." -Dhananjayan Sriskandarajah, CEO, Oxfam-Great Britain

"This artfully written book shines a bright light on the vast variety of civic activism across the contemporary world. It offers us compelling arguments about what's new and why -- and then moves on to offer practical lessons about when the new civic activism advances democracy, when it doesn't and how outside actors might boost better outcomes. Activists, scholars and policymakers will find this a worthwhile read." -Nancy Bermeo, Nuffield Senior Research Fellow, University of Oxford

Richard Youngs is Senior Fellow at the Carnegie Endowment for International Peace and Professor of International Relations at the University of Warwick, UK. He is author of 12 books, including Europe Reset and Europe's Eastern Crisis most recently.