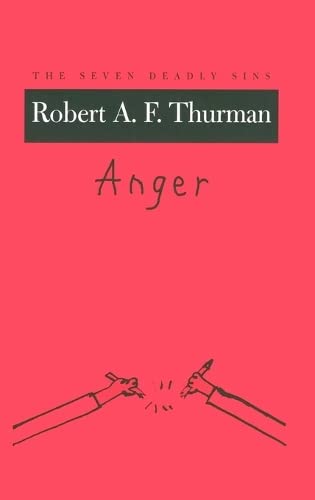 Heated words, cool malice, deadly feuds, the furious rush of adrenaline-anger is clearly the most destructive of the seven deadly sins. It can ruin families, wreck one's health, destroy peace of mind and, at its worst, lead to murder, genocide, and war. In Anger, Robert A. F. Thurman, best-selling author and one of America's leading authorities on Buddhism and Eastern philosophy, offers an illuminating look at this deadliest of sins. In the West, Thurman points out, anger is seen as an inevitable part of life, an evil to be borne, not overcome. There is the tradition of the wrathful God, of Jesus driving the money-changers from the temple. If God can be angry, how can men rid themselves of this destructive emotion? Thurman shows that Eastern philosophy sees anger differently. Certainly, it is a dreadful evil, one of the "three poisons" that underlie all human suffering. But Buddhism teaches that anger can be overcome. Indeed, the defeat of anger is not only possible, but also the only thing worth doing in a lifetime. Thurman shows how to recognize the destructiveness of anger and understand its workings, and how we can go from being a slave to anger to becoming "a knight of patience." We discover finally that when this deadliest emotion is transmuted by wisdom, it can become the most powerful force in freeing us from human suffering. Drawing on the time-tested wisdom of Buddhism, Robert A. F. Thurman ranges from the individual struggle with anger to global crises spurred by dogmatic ideologies, religious fanaticism, and racial prejudice. He offers a path of calm understanding in a time of terrorism and war.

an elegantly soothing mediation * The Guardian *
'Simon Blackburn on lust and Joseph Epstein on envy have produced little classics: written, researched and argued exemplarily, they take their topics seriously but discuss them with elegance and humour as well as insight. Francine Prose on gluttony joins them at the top of the list with a kind and thoughtful meditation.' * A.C. Grayling, Financial Times Magazine *

Robert A. F. Thurman holds the first endowed chair in Buddhist Studies in the West, the Jey Tsong Khapa Chair in Indo-Tibetan Buddhist Studies at Columbia University. He has studied Tibetan Buddhism for almost thirty yeas as a personal student of His Holiness the Dali Lama. President of Tibet House US, he has lectured all over the world and is a prolific translator and writer of both scholarly and popular works, including the national bestseller, Inner Revolution: Life, Liberty, and the Pursuit of Real Happiness.