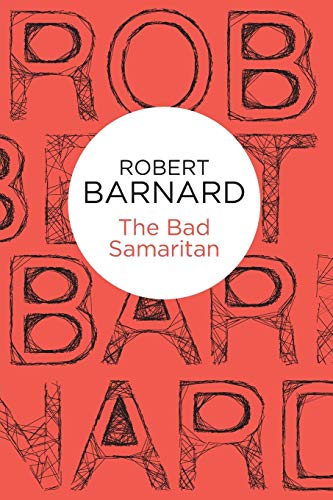 The Bad Samaritan
by Robert Barnard

The Bad Samaritan by Robert Barnard

Rosemary Sheffield has a sort of "reverse epiphany" one day while walking in the park: she no longer believes in God. This sudden loss of faith is at first entirely liberating, but the situation gradually becomes more complicated. Rosemary is, after all, the beloved wife of the vicar at St. Saviour's parish.

A storm of controversy erupts in her husband's church congregation, but Rosemary, with the words "I do not believe," leaves behind the scandal and gossip for a seaside sojourn in Scarborough. Here she meets Stanko, a Bosnian refugee who illegally entered the country. But what begins as a supportive friendship launches an ungodly chain of events-and Rosemary soon finds herself back at home caught up in a murder investigation.

Robert Barnard is a well-established crime writer. He has won the prestigious Nero Wolfe Award as well as the Anthony, Agatha and Macavity Awards, has been nominated eight times for the Edgar Award and was the winner of the 2003 CWA Cartier Diamond Dagger Award for a lifetime of achievement. He has also written crime novels under the pseudonym of Bernard Bastable. He lives with his wife in Leeds and has had over 45 titles published in the UK and US.

GOR006048835
The Bad Samaritan by Robert Barnard
Robert Barnard
Charlie Peace
Used - Very Good
Paperback
Pan Macmillan
2012-12-06
202
144723961X
9781447239611
N/A
Book picture is for illustrative purposes only, actual binding, cover or edition may vary.
This is a used book - there is no escaping the fact it has been read by someone else and it will show signs of wear and previous use. Overall we expect it to be in very good condition, but if you are not entirely satisfied please get in touch with us.